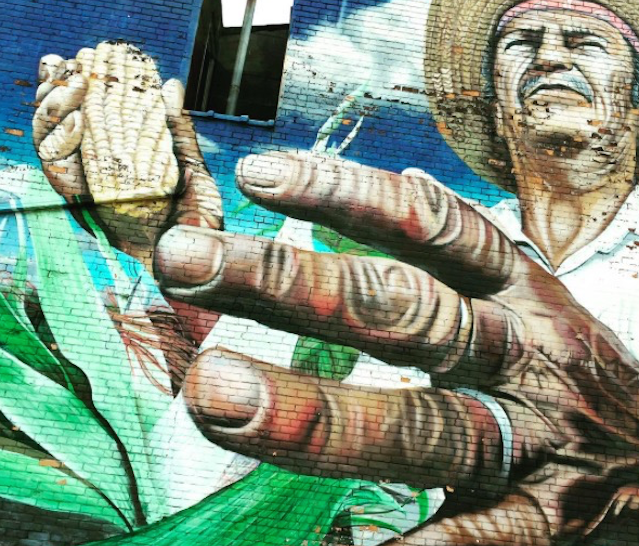 I spent several days in Detroit this weekend with the UNITY Diversity in Journalism group, bringing our perspective as journalists of color to two vibrant local communities.

We had a panel at the gorgeous Arab American National Museum in Dearborn, and discussed the situation of Arab American media portrayals from our varied panelists.

At the end of this fruitful panel, I brought up how my last name Alcaraz, has Arabic language roots, and how I looked it up online to translate it. I was hopping it meant, Great Warrior, or Smart Guy, but instead it came up as “The Cherry.”

This did not sit well with a veteran newspaper publisher next to me on the panel, who sort of seemed annoyed at me the whole time – a common reaction.

He scoffed and said that “alcaraz” actually meant “the lead sheep, the one with the bell, that leads the other sheep.” Joke’s on him. I’ve also been called that before.

Anyhow, several Arabic speakers came up to me afterwards and told me, “That guy’s wrong. You are a cherry.” Something like that.

The next we went to Wayne State University, and I gave a keynote address. No food was thrown at me, so it was a huge success.

I also got to cruise through Mexicantown, the ironically-positioned Mexican “tourist” area, full of restaurants and next to the US/Canada border.

No sign of Frostbacks during my visits, but, I now see why Republican Presidential candidate and Koch sucker Scott Walker would want to build a huge border wall on the northern border too.

Here I am ready to deliver my keynote speech at the Wayne State University CLAS 44th Anniversary: 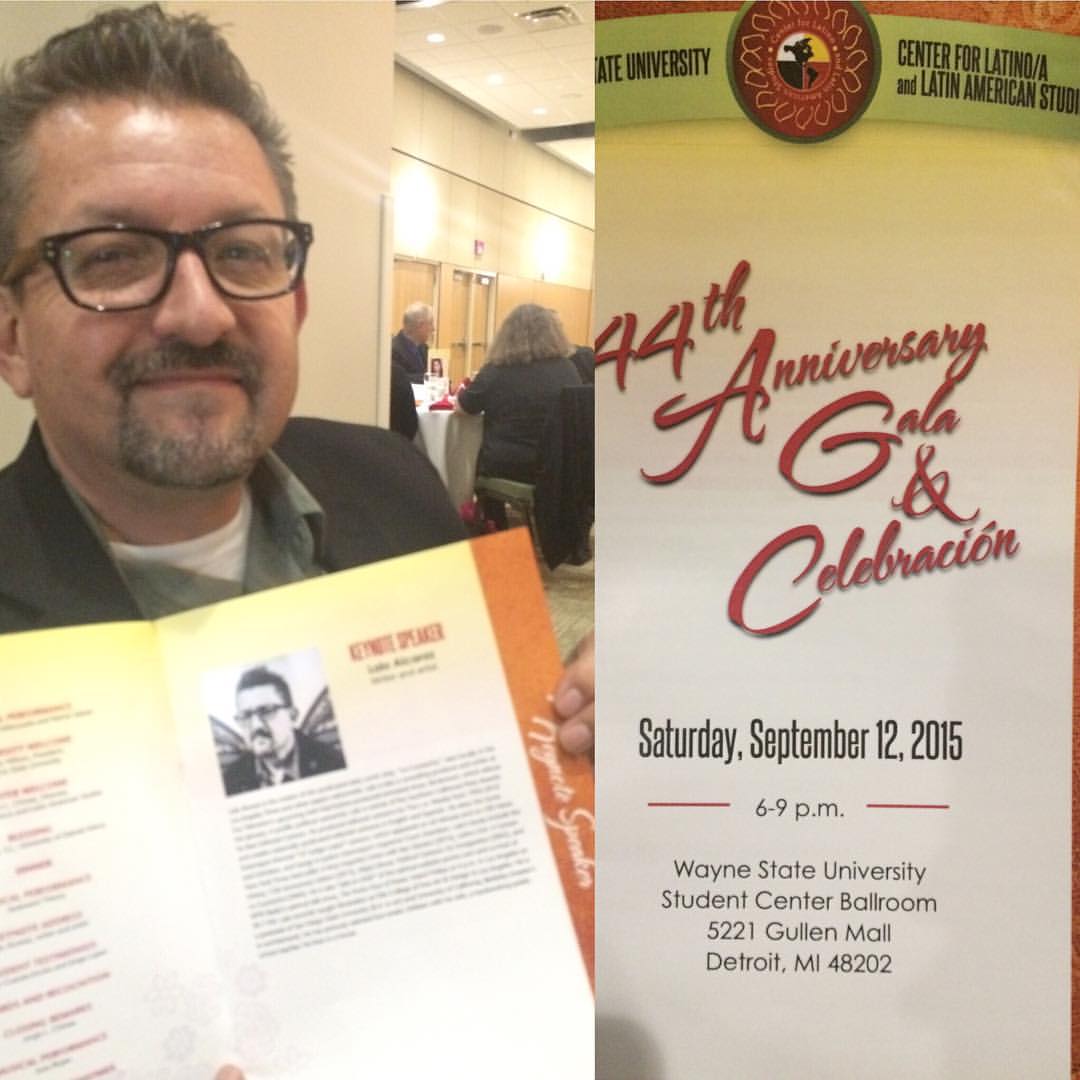 This United States border here is different than the border in Mexifornia, as this sign in a Mexican restaurant in Detroit’s Mexicantown clearly demonstrates: 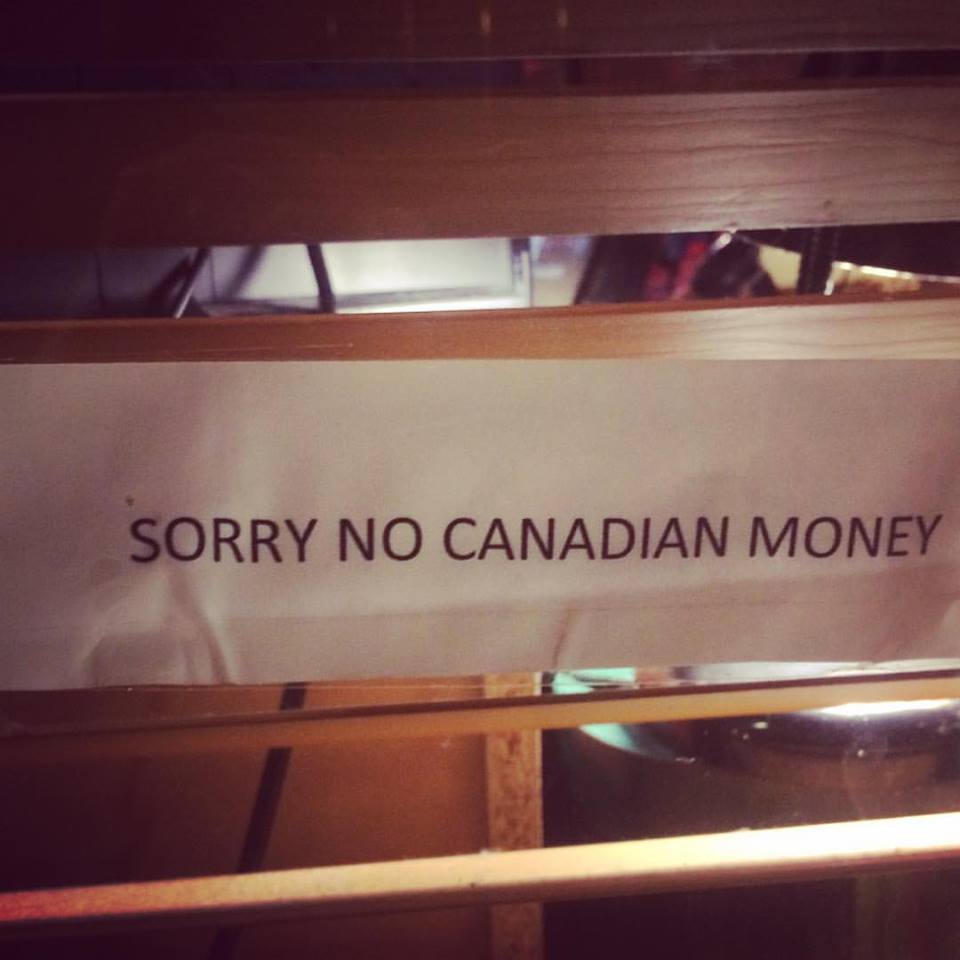 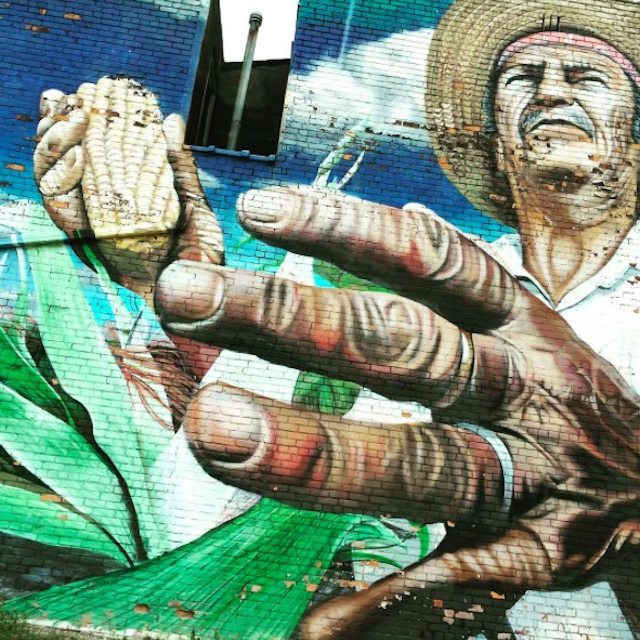 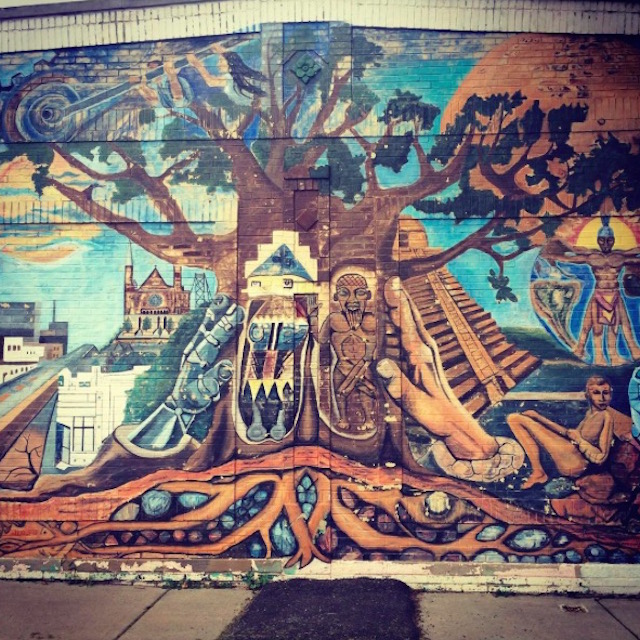 This mural celebrates the original inhabitants: 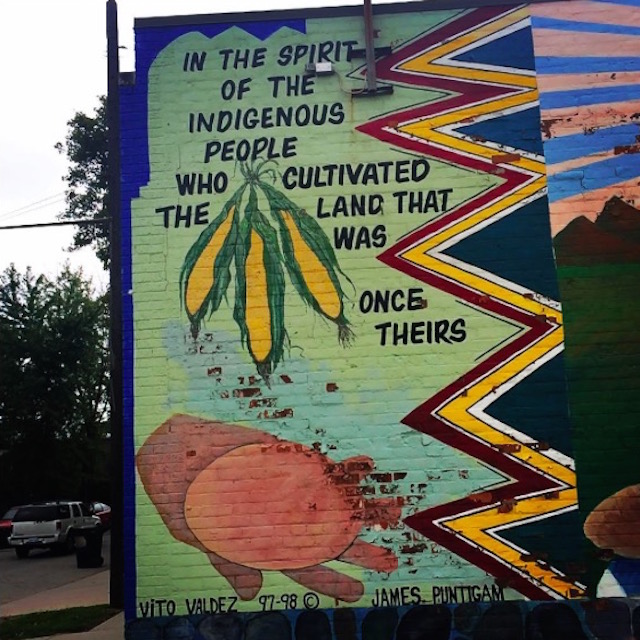 Mexicantown is right on the border (look in the distance): 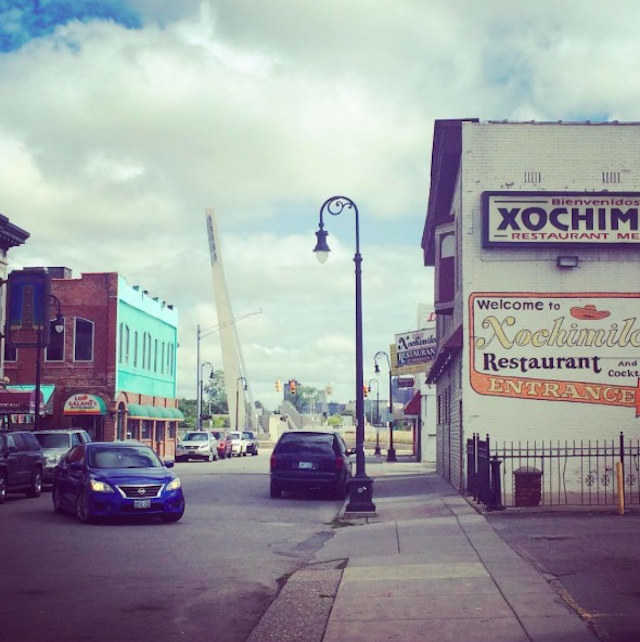 POCHO Migrant Editor Al Madrigal reported from exactly where I am at tonight, the Ambassador Bridge in Detroit: 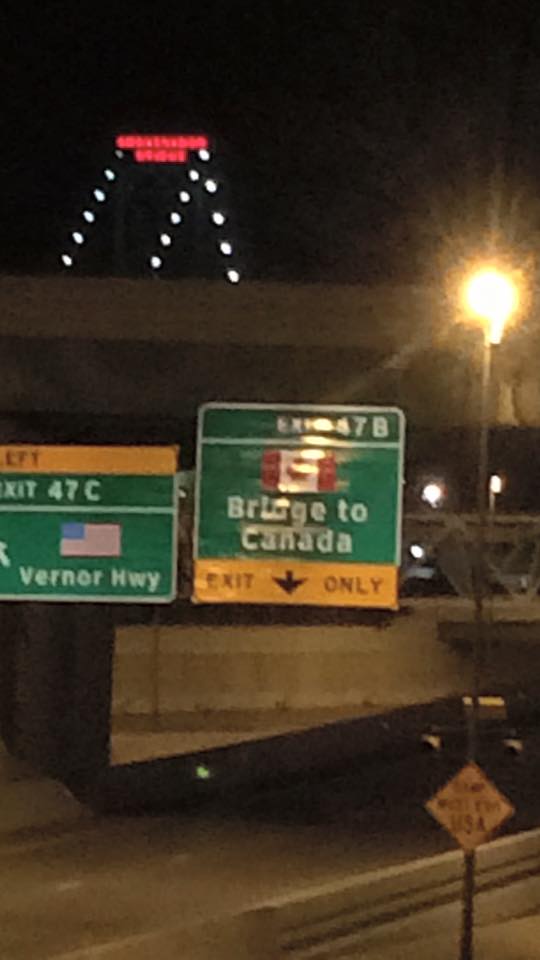 I watched the special we (Gustavo Arellano and Al Madrigal) made, HALF LIKE ME, on the flight: 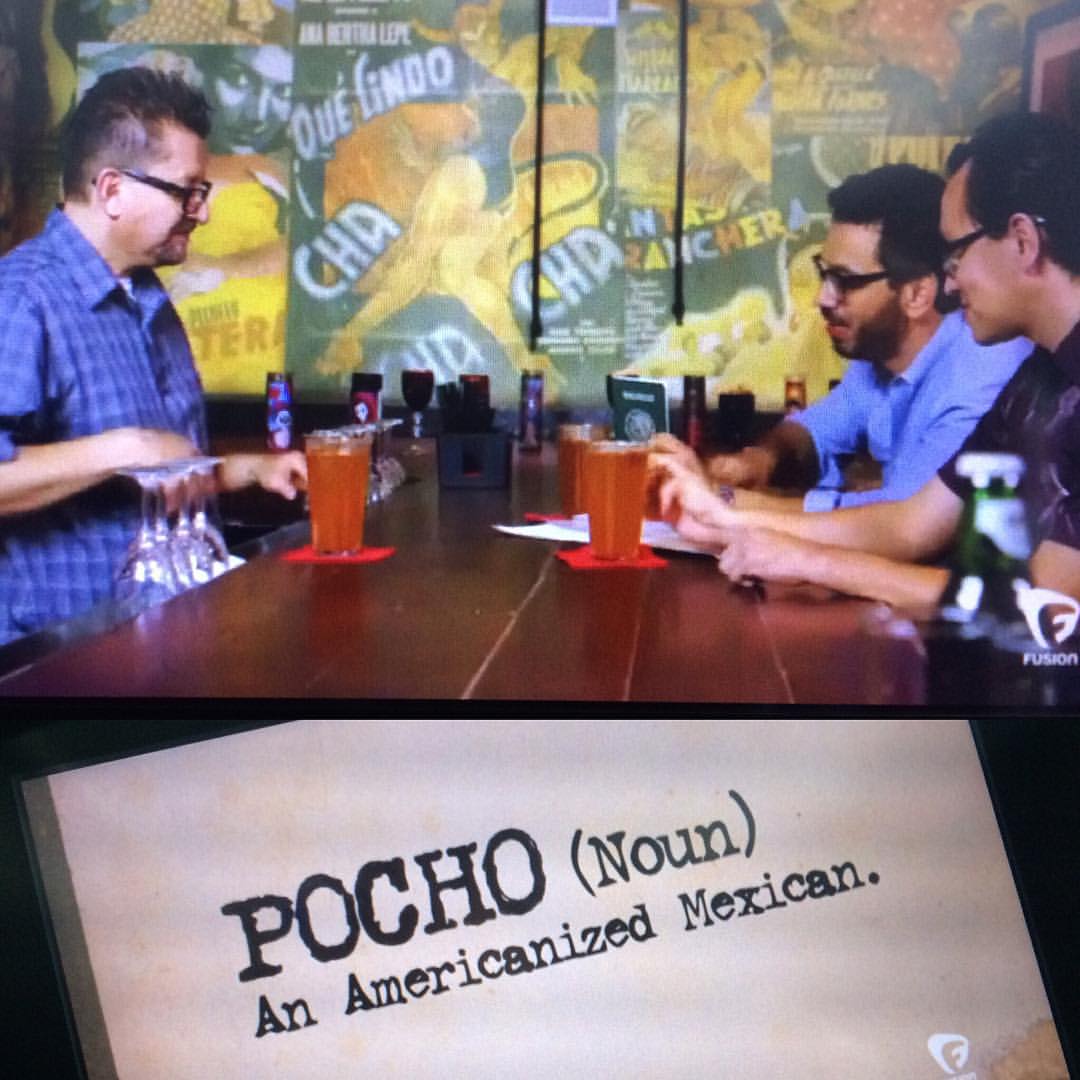 But enough about me. I met the cutest new fan at the Arab American National Museum: 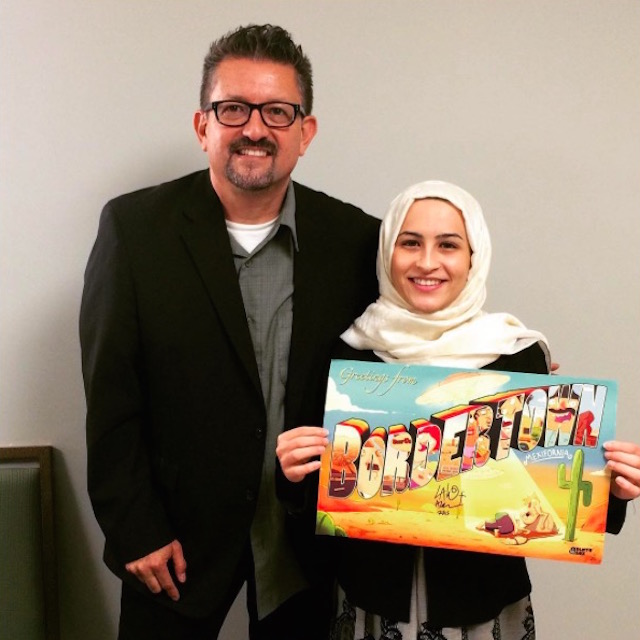