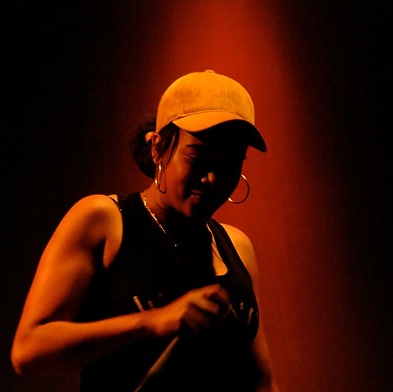 (PNS reporting from SAN FRANCISCO)  Marce “More-Say” Figueroa discovered her talent for poetry this time last year when her roommate told her she was talking in her sleep.

After that conversation, Figueroa started writing down the random words that popped into her head when she woke up. Soon, she realized what she was really writing was poetry — and April is National Poetry Month!

“Angie my roommate was all, like, ‘Wow Marce, that’s great,’” she told PNS. “She was so inspired that I started writing more poems, and after a reading in the City College of San Francisco cafeteria, I changed my name to More-Say, instead of Marce, because it’s like poetry, you know?”

After Marce’s initial poetry writing session, she enrolled in a creative writing class. When her poems in that class became popular, she moved onto the cafeteria, then her local Starbucks and, she told PNS, she eventually hopes to be invited to a MEChA meeting, or maybe even a cultural festival.

“I never thought that I was a poet until I started saying random words slowly, then all of a sudden, I realized that I was born to do this,” she said.

Hummingbirds.
Children of Coyolxauhqui.
Fly free.
looking for nectar
or a flower
to feed.
Like I search
for the perfect
taco.

As part of her development as an artist, Marce said she might wear flowers in her hair, or incorporate movements and screams into her routine, maybe even traditional Mexican clothing.

“I’ve just been writing mostly on napkins and Post-it® Notes for so long, I’m thinking that maybe I should start writing in a leather-bound journal or something, depending on how the words move me,” she said.