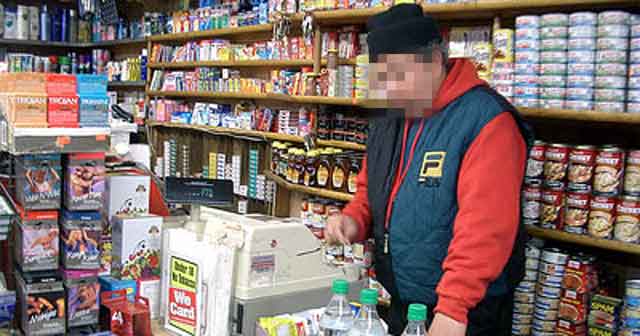 (PNS reporting from DA BRONX) Area resident Paloma Campos is fed up with the “familiarity” at her local bodega.

“Why can’t I just buy a can of soda without discussing my personal life? Just give me my goddam Jupiña,” Campos said.

Campos first started visiting the bodega on the corner of 182nd and Grand as a young teen when her family moved to the area. Though she moved away for four years to attend college, Campos was eventually guilt-tripped by her mother to move back to the West Bronx.

Campos ended up renting the apartment directly above the small store where she has lived for the past eight years. While she was able to sublet the apartment from her cousin’s step-sons’s girlfriend’s cousin at a great price, she cannot make a simple grocery purchase without a 20-minute discussion.

“He’s always eyeballing my groceries like ‘Oh, organic milk. You must be doing good at your fancy job, with that fancy college degree, I’m just a modest bodega owner, I drink regular milk…’ and then he brings up that one time in high school when I was goth. That was 12 years ago!” she lamented.

Bodega owner Martinez had only nice things to say about Campos.

“I have known Paloma since she first became a woman, it seems like yesterday I sold her her first box of tampons,” Martinez told PNS over the phone.

“And now she has grown into a beautiful creature. I mean, I don’t think she’ll catch a husband wearing all those pant suits, but what do I know? I’m just a humble bodega owner.”

While there is a CVS on the corner of her block, the big chain convenience store doesn’t offer local favorites such as industrial strength Aqua Net or Gilda Toast. Additionally, Campos hates having to hide the plastic bags plainly labeled “CVS” from Martinez while she tries to enter her apartment. “Ugh, I’ll never hear the end of it,” she stated.

Campos’ neighbors love Martinez and suggest she’s become too gringa. To their credit, she has been known to watch reruns of Wings and go skiing.

“Man, Victor is just trying to be friendly,” said upstairs neighbor Alan. “He knows all the best remedios for my herpes flair-ups, too”.