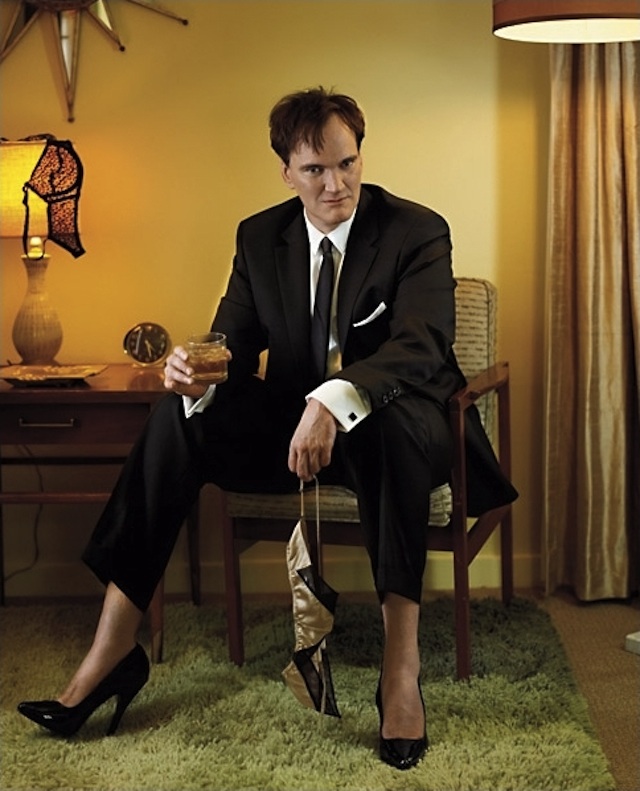 Like many people, I’ve spent these past few days reflecting on what’s wrong. What the hell is going on? People are expressing so-called shock and awe at the recent violence in Connecticut but no one has any answers. Some would call it soul-searching, others grasping for straws. Others still are trying to squeeze as much blood from this stone as they can before it passes into obscurity, which it eventually will…

One thing that I know for sure is that the violence epidemic in the United States of America is not attributed to any one thing. We have been on this road for a long time now and anyone shocked by the fruit that the blood-soaked soil has produced has not been paying attention. Welcome to the culture of death.

We are obsessed by it. And so what does that mean when it comes to our entertainment? It seems like everything that we do is permeated by death now. We eat, drink, breathe and shit death. Zombie apocalypse fantasies are so popular now you’d think people actually really want it to happen…and I think many of them do.

We’re endlessly entertained by sadistic meth cooks and serial killers, sword-wielding royalty and armies of the undead. We love our realistic combat games and we love our brutal sports. We love our guns! But so what. What does that all mean, if anything..?

People are quick to point fingers in the face of tragedy and our popular culture is often blamed in one way or another. If it’s not Satanic heavy metal music it’s violent video games or gory slasher flicks. Does life imitate art of is it the other way around? The thing is, you can pull 1,000 reasons out of a hat as to why these things happen but one thing is for sure: when tragedy is close at hand, certain things do not help.

Which brings me to Quentin Tarantino‘s latest film, Django Unchained. Most everyone writing film reviews about this movie right now is falling down over themselves praising Tarantino for having the balls to make this film in the way he made it. They are applauding his bravado and calling him a genius.

Then the Sandy Hook massacre happened.

The premiere of the film has been delayed until Christmas. What does that tell you about our culture…? Does Hollywood feel some culpability if they are delaying the release of an ultra-violent film in the face of an ultra-violent tragedy? Probably not. They want to make sure they allow people time to mourn before they start emptying their pockets.

I should preface this article by stating: I have not watched Django Unchained. I will not. I refuse to patronize it and I will explain why if you keep reading.

When I first heard that Tarantino was making this film I cringed. The idea of this guy, the very same guy that wrote himself into his own film (Pulp Fiction) with the explicit sole purpose of saying the N-word on screen without any culpability whatsoever – this guy wants to interpret American slavery? Yeah, no. No thanks.

Django Unchained is littered with usage of the N-word. I read that you could shave off ten pages of the script if you just took out that word. Wow! Does that word have a place considering the context? Sure. Does Tarantino have a penchant for being over the top? You bet. Is it irresponsible in this day and age to create this film, now, with the way things are? In my opinion, yes. Just ask Matt Drudge.

The other night, when the President spoke to the mourning people of Newtown, it just happened to be during Monday Night Football. People took to Twitter and expressed their displeasure with the President interrupting their precious game. There was an endless stream of tweets calling the President the N-word, much like what happened during election night. And all I could think of was Quentin Tarantino’s film.

Look, I think Quentin Tarantino is a brilliant screenwriter (though I think his best days are behind him.) I think he’s a pretty good film director too. I also think he’s an asshole with an ego bigger than the moon.

Django Unchained is a slapstick, slapdick, throwback to the Blaxploitation era that Tarantino adores. He said recently on the Howard Stern Show that people actually cried on set during some of the slavery scenes because they were so realistic. That speaks volumes to me.

Things got so heavy in fact, some of the black cast members asked him to shoot some of the slavery scenes outside of the country. Instead he shot some of it on an actual plantation in Louisiana.

I am not the only one disgusted by this film but I am definitely in the minority. It seems every time you bring things like this up there is an instant backlash of people telling you to shut the fuck up and get over it. A comment on another critical review of this film said, “Grow up and don’t use race as an argument when it has nothing to do with anything…”

And all I can do is shake my head at this point and hold my heavy heart because we are in denial about so many things in this nation; race is just one of them. But you can’t tell people anything without starting a heated debate.

Tarantino is quick to point his finger at actual American history when people get queasy about this film. In his mind, this absolves him of any guilt. It’s art, right? Don’t blame the filmmaker – blame history! As if anyone who sees this film is going to run to the library afterwards and read up on how the West was really won.

And it’s not like Django Unchained is a serious interpretation of American slavery. That’s the slippery slope here. This is quasi-revisionist history much in the same vein as Inglorious Basterds where he can tell the story without having to worry about things like pesky facts. But! It has to evoke realism because…well, ask Tarantino why he made his cast break down in tears.

One thing this film is not is the story of Nat Turner and the slave rebellion, which in my opinion, would have made a much better film. Would Hollywood be comfortable with the story a slave that freed himself and then led a rebellion that took the lives of over 50 whites? Hell no. And that’s part of the problem here.

Instead, we have this stylized opus, this masturbatory ode to Blaxplotation where a slave is freed only by a white man’s hand and ends up playing second fiddle to him through most of the film. We have gratuitous usage of the N-word in a world that doesn’t need it, art be damned and we have the brutal rape of a black female character who is exposed and brutalized over and over again…all, I’m assuming, to build up to the revenge scene.

If all of this smells like typical white Hollywood doing what they do best then you’re in luck.

Here’s a fun tidbit: Quentin Tarantino owns the “Pussy Wagon” from Kill Bill. You remember? The rapist’s ultra-nasty, dayglo rape-mobile? He thinks it’s hilarious and drives his friends around in it to go get breakfast after they’ve really tied one on.

Marinate on that for a bit if you see this film. It makes me wonder what other “trophies” he has…or what other awful ideas.