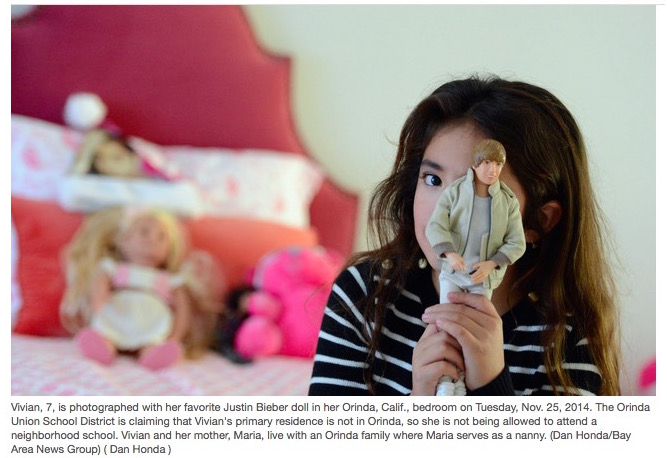 The Orinda Union School District has to rightfully conserve all their resources from little education-thieves like little Vivian. The OSD must save these resources in order to pay private investigators to tail their brown students before they rob the school district blind of construction paper, pencils and paste.

The righteous school overlords at the Orinda Union School District have given Vivian and her shameless nanny mother until December 5th to get out of Dodge. Unless we have something to say about it. Call or write them at

I bet Superindent Dr. Joe Jaconette would love to hear about how his squad of Private Eyes are keeping little brown girls away from the sacred Orinda Union School District chalk and stubby scissors.

You can email Dr. Joe using this form.

Be as courteous as this outrageous story will allow you to be.

Read more at the Mercury News….