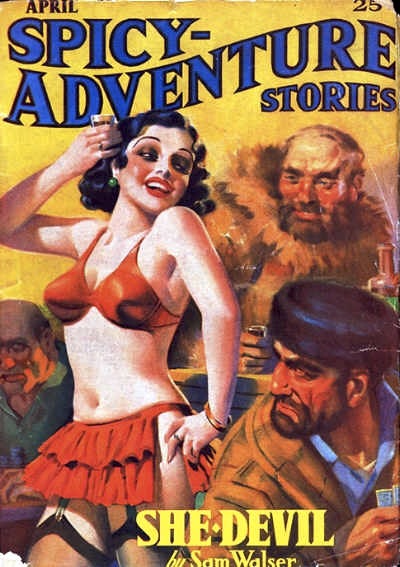 It can be hard to be a Latina, but it can be even harder to be in love with one. I will admit that I occasionally emasculate my Latino friends, love interests and acquaintances.

Given that Latinos and Latinas alike often contend with issues of machismo,  emasculation can sometimes happen by accident. Then again, for the same reasons, it can also happen on purpose. Whatever the case, here’s a list of eight occasions to watch out for:

8. Talking to his mother or female relatives about him.

Although this is a female ritual, it never ceases to cause discomfort.

7. Calling him by Spanish pet names in front of his friends.

He may be your “pedacito de bon bon” when you two are alone, but when you call him these things in front of his friends, somehow it makes him less of a man.

6. Doing your own heavy lifting.

Imagine being a single gal and having to do all of your own heavy lifting, suddenly meet a guy and he expects that you need him for all the things used to do by yourself. And if you don’t need him, then you make him feel like you really don’t need him.

5. Staring at someone younger, thinner or more fit the way he stares at women who he finds attractive while you’re standing there watching him ignore you.

Somehow, when a man stares at another woman, he can blame it on his biology. But when a woman finds a man attractive, despite being in a relationship, it’s almost unholy to her mate. This one manages to squeeze out feelings of even the most macho machista.

4. Not laughing at his jokes.

Even a guy who has no sense of humor prides himself on his sense of humor, and I found that there are few things more emasculating than staring blankly at a man who expects you to crack up at his prized joke.

3. Correcting him in front of his friends.

You may not even be doing this on purpose, but it can still be emasculating. I know sometimes when I think I’m engaging in a political discussion, I’m inadvertently destroying a man’s reputation by pointing out either factual errors, or errors in his logic.

2. Responding to requests for your number by laughing.

I discovered this one by accident, in an actual real life situation. Sometimes, when social skills are lacking, and then someone asks you for your number for absolutely no reason, it’s amusing. It also appears to be emasculating.

And the numero uno way to emasculate your man is…

Sending him to buy your tampons.