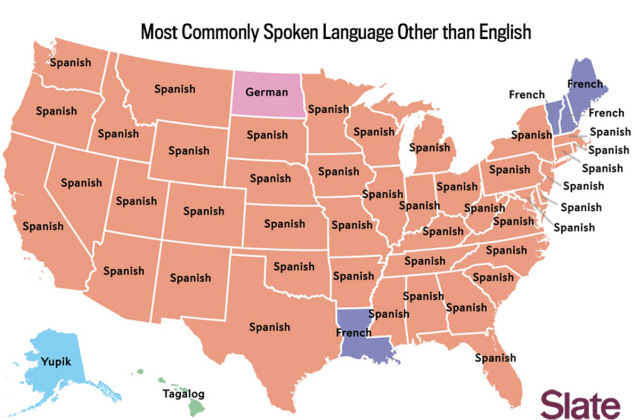 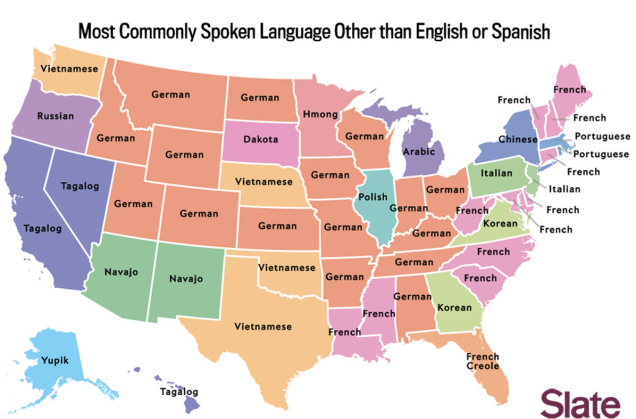 We’re especially taken by the Russian in Oregon, the Vietnamese in Texas and Oklahoma, the Hmong in Hminnesota, Frenchies everywhere and people all over who hablar Deutsch. Who knew?

You can read Slate’s story here, where they drill down even further. It’s where we got these maps.