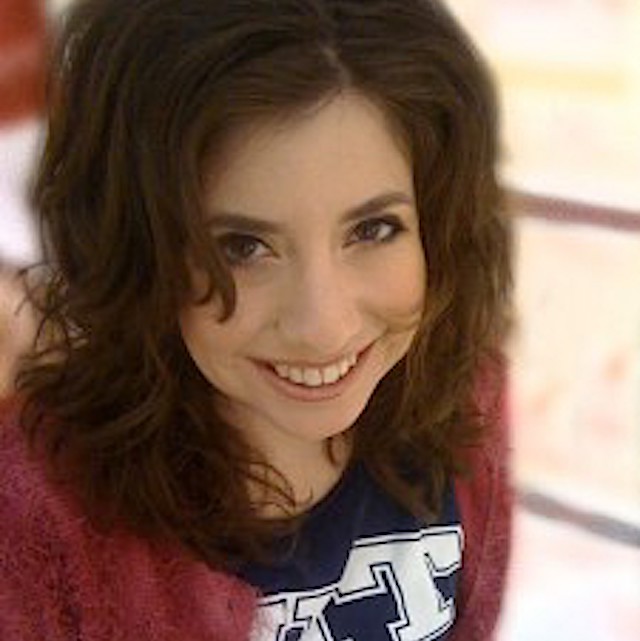 I remember the first time I thought I might not be White.

I was about 8 years old, in my elementary school’s cafeteria. We had been learning about heritage in class that day, and everyone in my Michigan hometown, it seemed, had ancestors who came from Denmark or Holland. They were all blonde-haired and blue-eyed. I remember a classmate turned around and looked at me and said, “What are you?” “I’m a kid,” I answered, confused. “Just like you.”

I was confused. “I’m an American,” I said, proudly. I knew my mom’s family went back in this country a long time, and had fought in the Revolutionary War. Why would I be Italian?

As I grew older, I became hyper-aware of my dark hair and dark eyes. Everyone in town—and in my family, it seemed—was tall, blonde, and blue- or green-eyed. They all had little ski-jump noses. My nose was big, round, and wide.

But my dad was a tall blonde Dutchman, and my mom always checked “White” or “Caucasian” on my school forms, and—why would I question my parents?—so I grew up White.

Except for the many, many times, White people did not accept me.

It gnawed at me, the question I received more and more the older I got: “What are you?”

I moved, when I was still green, to Spanish Harlem.

There I was embraced by people from all over the world, but especially people from Mexico, Puerto Rico, and Spain. I was at home in Spanish Harlem: No one cared what I was any more. But they still asked me questions: Are you Cuban? Mexican? Argentine? Chilean? Jewish? Yemeni?

My answer, however, never changed: I’m an American.

“But what about your parents?” they’d ask.

One time I went to a fancy salon on Capitol Hill, in Washington, DC. The blonde woman washing my hair bent over me and hissed: “I have to use a different shampoo. You have ethnic hair.” It was the same tone people used to whisper, “She has cancer,” back when it was a taboo thing to say.

Sitting there, my hair sopping wet in the sink, I wanted to get up and leave, but I was immobilized.

White people often made comments like that to me, especially when they first met me: “You must be something. Look at your nose!”

I bit my tongue. Even those in my community who thought I was White would often say, “Yeah, but you’re different. You’re not like other White people.”

I wore that affirmation as a source of pride.

Later in life, I moved to Cambridge, Massachusetts. It was there, in the ignorance of such a “liberal” place, that I couldn’t take it anymore.

I came home one day from a workshop at Wellesley College. I commented to my roommate, a blonde, blue-eyed Democrat from Wellesley, that it was such a lovely campus, it made me want to go to school there. “It’s never too late,” she mused. “There are so many scholarships for minorities.”

I didn’t know what to say, or where to start: Do I explain how difficult it is for minorities to go to school?

But the reality was this: Clearly, White Anglo Saxon Americans do not consider me White.

Race is in the eye of the beholder. If I were blonde and blue-eyed with a little ski jump nose, how different would my experience be? How differently would people treat me?

Would people still ask me “What are you?”

I realize any racism I experienced is at the light end of the racism spectrum. I in no way experienced the life of harassment those who are black or brown experience.

My own ignorance, no doubt, protected me: When I was confronted with “what are you?” and prodding follow-up questions, I would honestly say, “My mom’s family goes back on this land to the early 1700s. My ancestors fought the British in the Revolutionary War and each other in the Civil War. I’m an American.” Usually, at this point, people backed off.

Denied any information that could peg me as a specific ethnicity, what could they say?

I asked my mom who my biological father was. She cried. How could I ask such a terrible question?

It was the 1970s, I told her. I don’t care if she had an affair. But I needed to know who my biological father was.

She cried, and said my “dad” was my dad.

I called my Grandmother. She sighed, and confessed my dad wasn’t my biological father. My mom had an affair with another man—a Mexican—and he was my father.

But then, to her, anyone with dark skin who spoke Spanish was a Mexican.

But it was enough. I had to know.

For over a decade, I badgered my family members. I confronted my father, who insisted he was my biological father. But my mom’s cousin, and my mother’s brother, both confirmed my Grandmother’s story: My biological father was a Mexican my mother had gone to college with. All they remembered was his first name: Ray.

I tried to obtain my mom’s college yearbook from the year I was conceived. Turns out, the school didn’t print one that year.

So I asked my parents again, who is my biological father? The man who raised me, of course. How could I ask such a thing?

But what was I?

I submitted a saliva sample to an online service to learn my heritage. Those who knew me were horrified. Giving up my DNA to some random corporation wasn’t my style.

But I had to know the truth.