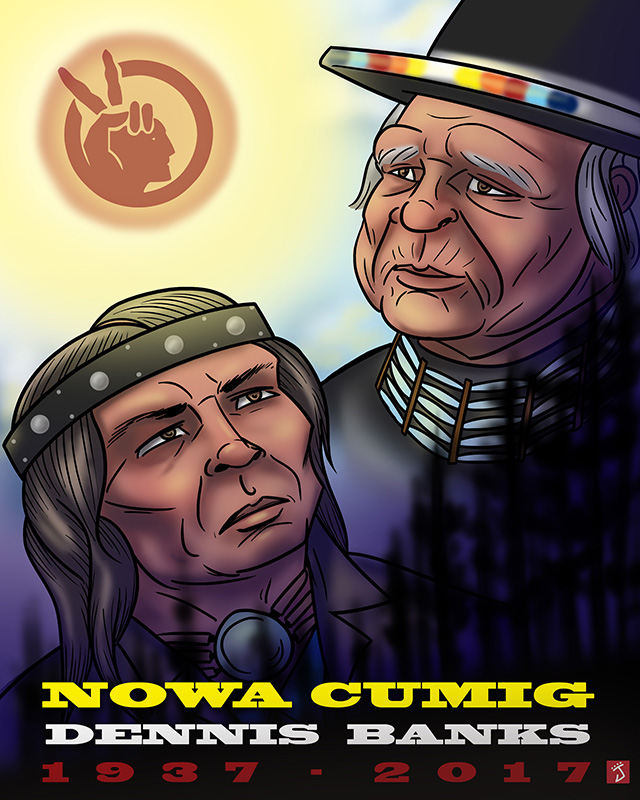 Native American activist Dennis Banks, also known by his Native name of Nowa Cumig, has walked on. He was 80.

Rage Against the Machine’s debut album turns 20 this week and their legacy is still shrouded in confusion and ignorance. Back in the day, the band stormed the mainstream scene with angry Chicano rock, only the mainstream never noticed the Chicano part.

What always strikes me about Rage is how little so many of their fans know about their music or message. Recent failed VP candidate Paul Ryan is the personification of that ignorance. He claimed that Rage is his favorite band. Rage’s guitarist, Tom Morello was outraged by this and replied that Ryan is part of the machine the band has been raging against the last 20 years.

Well, no shit! But how could Ryan be so confused…?