When the weather get cold, everyone shivers, including your creepy uncle and the folks at your racist cult tent meetings in the woods. That’s why you need Snuggies — they’re like blankets, but with pinche sleeves! [Totally NSFW language.] 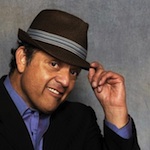 Monareta, a band made up of dancing aliens from outer space, has the best spinning propeller nerd beanies in all of Colombia. This is their video, Llama. That’s all we know for sure. If you have any additional information, please contact the appropriate authorities in your jurisdiction. And dance! 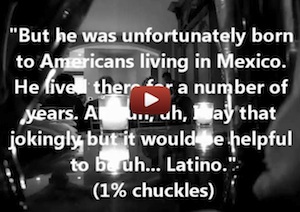 Yamil (“I’m Hispanic”) Piedra doesn’t like the shows, doesn’t think the comedies are funny, hates the dubbing and thinks everyone who does the Spanish voices sounds like they were recorded while sitting on the porcelain convenience. YMMV.