Mas…La Cucaracha: The ‘Why Bone’ is connected to the ‘Sigh Bone’

Mas…La Cucaracha: Make no bones about it – I’m an honest guy!

In Los Angeles, an immigrant single mom tries to teach her son to do the right thing, but talk is cheap when the rent is due tomorrow and your only income is as an unlicensed street vendor. What would you do when it all came down to The Second Choice? 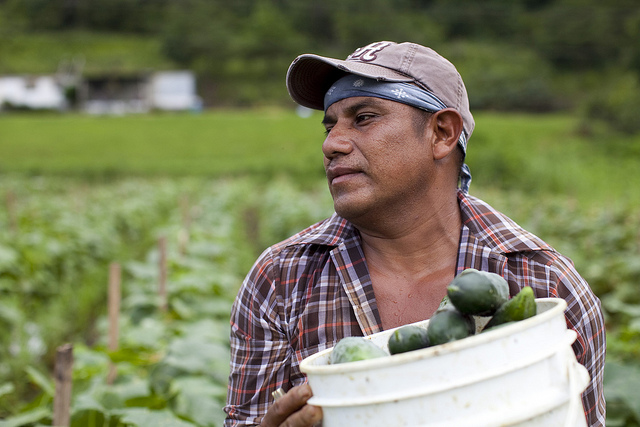 Dear Abuelita,
I wear a 34C bra. My boyfriend is always scoping out girls with bigger boobs. Should I get implants?
Titi Caca

Dear Titi Caca,
Here’s what you need to do: Tell your boyfriend to look in the mirror the next time he wants to see a big boob then dump the pendejo. As for you, make yourself an appointment for a self-esteem implant ASAP. That’s all I have to say. I don’t have time to figure out the root of your insecurities. There are more important things to focus on than your pea-sized mosquito bites.

Do you have any idea how much trouble big chi-chis are? Let me tell you, they can be a real pain in the ass! I mean it, I once flung mine over my shoulders so hard the damned things left bruises on my nalgas.
Love, Your Abuelita

Mas…Dear Abuelita: Gay for a day, my 34C boobs, a career in modeling 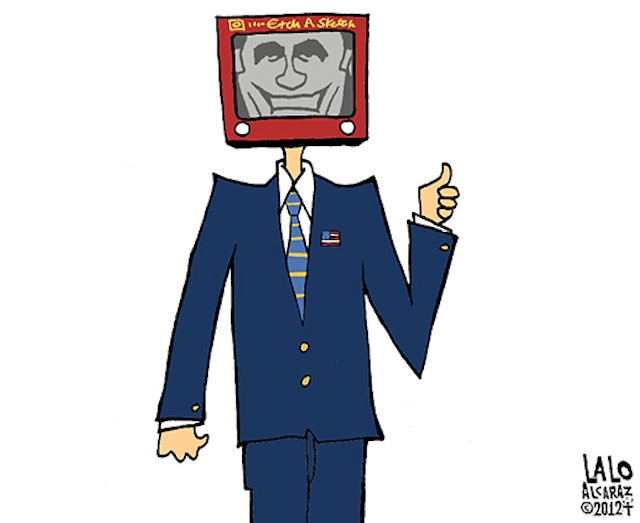 The Romney campaign is one built on strong policy principles, unless, of course, they need to change them to pander to primary voters.

“Well, I think you hit a reset button for the fall campaign. Everything changes,” Romney campaign advisor Eric Fehrnstrom said Wednesday on CNN. “It’s almost like an Etch A Sketch. You can kind of shake it up and restart all over again.”

Shake it up baby!