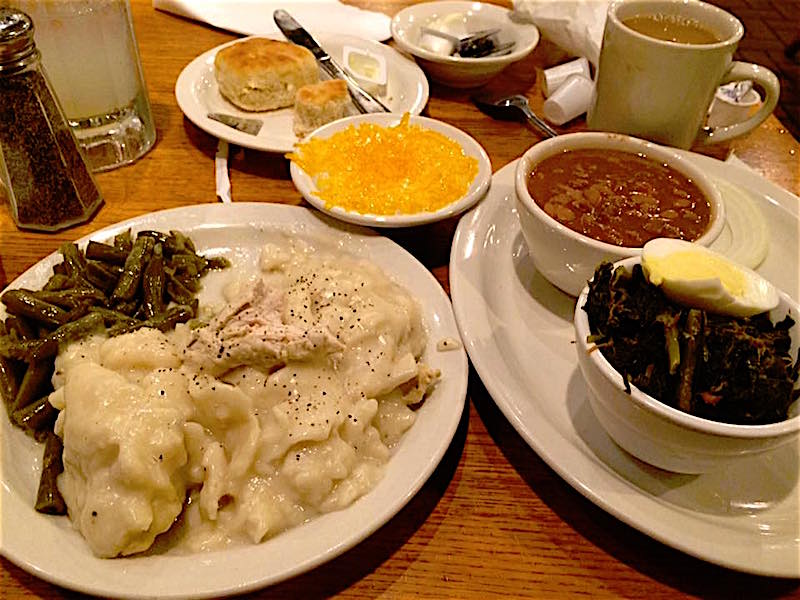 (TUESDAY, OCTOBER 20 2015 – TEXAS, USA) I’m “on tour” in South Texas, down along the border, screening episodes of the animated series Bordertown, which debuts next year on FOX.

It’s exotic! The indigenous cuisine served ^^^ at the Cracker Barrel Old Country Store, in McAllen, is like nothing I’ve previously encountered – it’s “quirky.” And I was surrounded by crackers; barrels not so much.