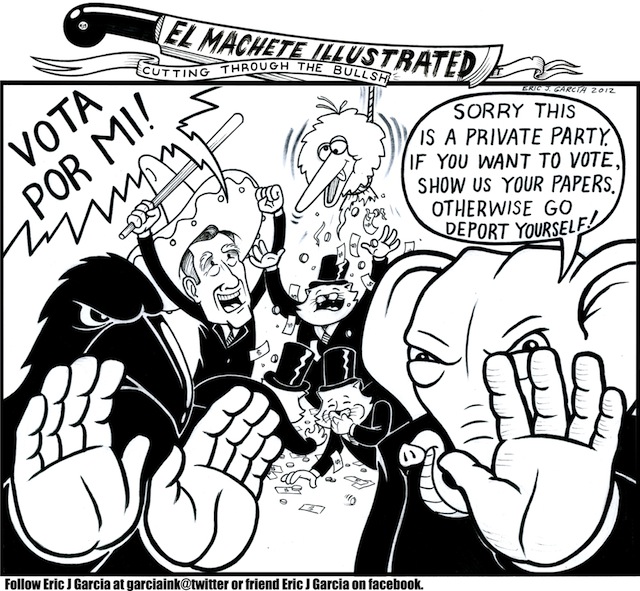 From the You Can’t Make This Shit Up Department: Gov. Willard “Mitt” Romney, Republican candidate for Presidente of the United Estates, wishes things were a little different. Would he self-deport?

Thanks to LatinoRebels.com for the tip.