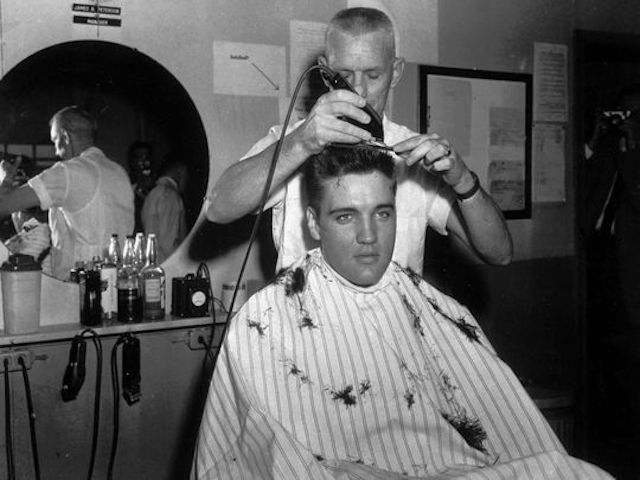 Today marks the day in 1958 when Elvis Presley (for you kids: he was the Justin Bieber of his day, including the hair) entered the United States Army.

When Elvis Presley turned 18 on January 8, 1953, he fulfilled his patriotic duty and legal obligation to register his name with the Selective Service System, thereby making himself eligible for the draft. The Korean War was still underway at the time, but as a student in good standing at L.C. Humes High School in Memphis, Elvis received a student deferment that kept him from facing conscription during that conflict’s final months.

Elvis would receive another deferment four years later when his draft number finally came up, but this time for a very different reason: to complete the filming of his third Hollywood movie, King Creole.

With that obligation fulfilled, Uncle Sam would wait no longer. On March 24, 1958, Elvis Presley was finally inducted, starting his day as the King of Rock and Roll, but ending it as a lowly buck private in the United States Army. 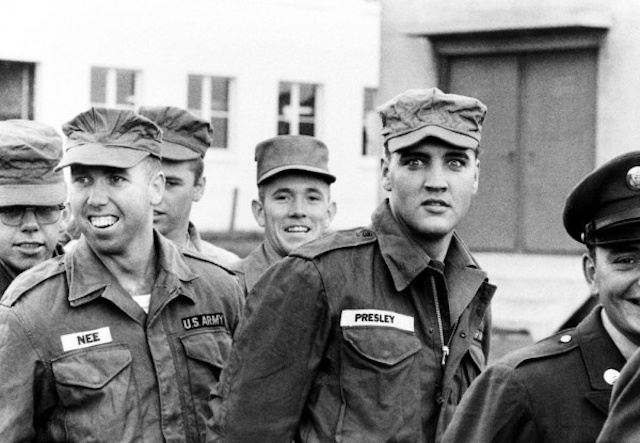 It was a good move for Elvis, since once he got out of the army, he’d be free to have Fun In Acapulco: