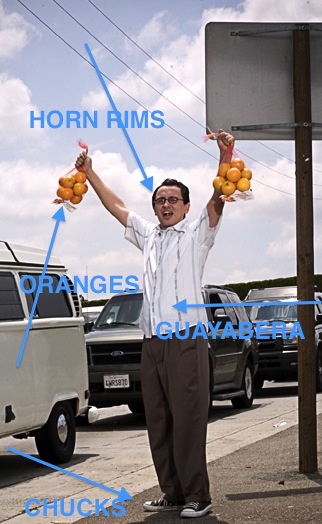 (PNS reporting from AUSTIN) The Texas Senate is currently considering a bill that would outlaw “looking too Mexican in public.”

Senate Bill 32 was introduced by senators from East and North Texas who say the law will celebrate American and Texas culture.

“Texas has a proud and long history of being American, or Texan, and that should be celebrated,” said Fort Worth area Republican Sen. Alice Boswell.

“It’s not like Texas was never Mexico, so why should Mexicans here be allowed to celebrate that culture?”

SB32 includes language outlawing the use of “guayaberas, socks with sandals, Mexican surname stickers in old English fonts on truck windows, and Aztec tattoos on visible parts of the body.”

Opponents of the bill claim that it’s racist, encourages racial profiling and ignores the fact that Texas was originally a part of Mexico.

“I keep wanting to laugh at stuff like this, but then it actually gets through the legislature and then I want to cry. When will enough be enough?” asked Austin activist Manuel Ruiz.

“Do I look too Mexican in my hipster shorts, black-rimmed glasses and brown skin, for example? This time they’ve done too far,” he said.

Republicans in the legislature have been surprised that the bill hasn’t amassed more Hispanic support from voters in the state. Boswell told PNS the bill was part of the Texas Republican party’s Hispanic outreach efforts, to make Latinos in the state feel like lawmakers are considering them in legislation.

“I don’t understand why we are getting this pushback,” she told PNS. “If they are proud to be American, then what’s the problem? What are they hiding?”

ElEresNerd contributed to this report.