It just clicked with me.

It wasn’t until I read Cisnero’s Caramelo in college that I realized the importance of knowing about someone like her when I was still young.

In between The Simpsons and Saved By The Bell re-runs, there were times I was so immersed on American culture, that I’d failed to see how such culture wasn’t really representative of me. And when it did try to represent me, they never did get it right, although I’ll give kudos to Simpson’s creator Matt Groening for El Chapulin Colorado’s homage in the Bumblebee Man.

And it wasn’t like I identified with my mom’s novelas either. As much as I fantasized about every leading man, the stories were too cheesy and they always seemed to have the same theme.

Sandra Cisneros wrote the feelings I was going through as a Latino in the U.S. Had it not been for authors like Cisneros, I wouldn’t even dreamt of giving writing a try.

Before that, writing seemed like a thing white people did. Cisneros opened a whole new world that I was already familiar with. I understood her jokes. I could smell the places she described.

Point is that she made me want to do something. Something important.

The good people in Arizona (and the rest of the country where Ethnic Studies are being attacked through budget cuts) are fighting to retain a history not often told. Like us humans, this country is far from perfect.

But it’s admitting to those imperfections that make us grow. 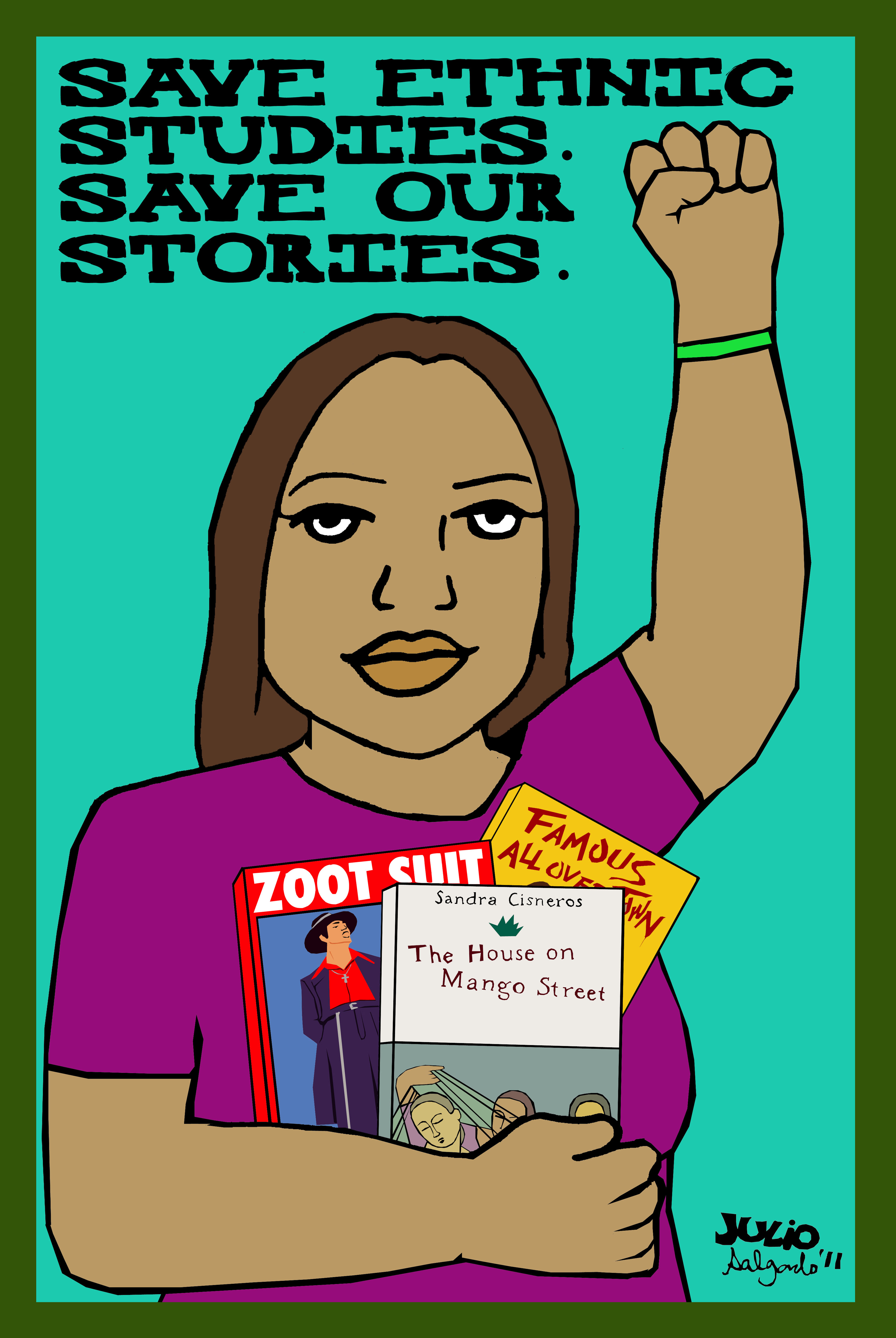