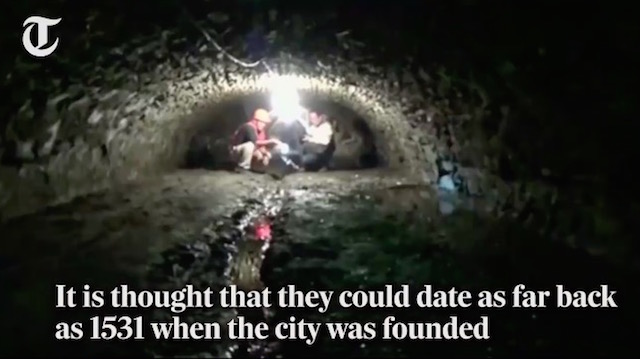 The urban legend is true.

There ARE massive tunnels underneath the streets of Puebla, one of the first major cities of Spanish-era Mexico.

“…authorities have now confirmed their existence, and say the secret passageways could date back 500 years. The city hopes to turn the tunnels into an attraction.

The underground passages, which measure approximately seven meters high and three meters wide, were discovered during public works in the colonial city.

“In the urban narrative or urban legends there was word of the tunnels in Puebla, but nobody knew where they were, they had never been seen,” Sergio Vergara Bermejo, manager of the Cultural Heritage and Historical Center of Puebla, told El Universal.

Ancient tunnels, long considered an urban legend, have been discovered underneath the Mexican city of Puebla.

Posted by The Telegraph on Saturday, September 5, 2015