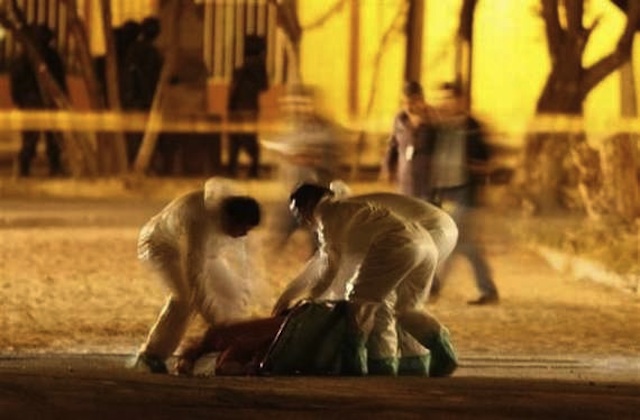 (PNS reporting from PUEBLA, MX) Federales have finished cleaning up the streets of this southeastern city after a three-day battle between area gangsters and a French gang left 83 locals and 462 gabachos dead, PNS has learned.

Zeta’s “burros” were actually life-sized piñatas stuffed with locally-grown marijuana. Their payloads were sparked when the smelly French tried to leap-frog the sentries.

“Meng, that mota smoke was everywhere,” one jubilant Zeta told PNS after the battle. “Those frogs were such newbies all they could do was cough, giggle and see if there was any place near the battlefield they could get a Burger Royale, or a Burger Royale with cheese. The cabrones fell like hynas’ chonies after two Micheladas. K lastima! Death cab for munchie.”

Pocho Ñews Service PNS is a wholly fictitious subsidiary of Pochismo, Inc., a California corporation, who is a person according to the Supreme Court.  Don’t ask us, we just work here.