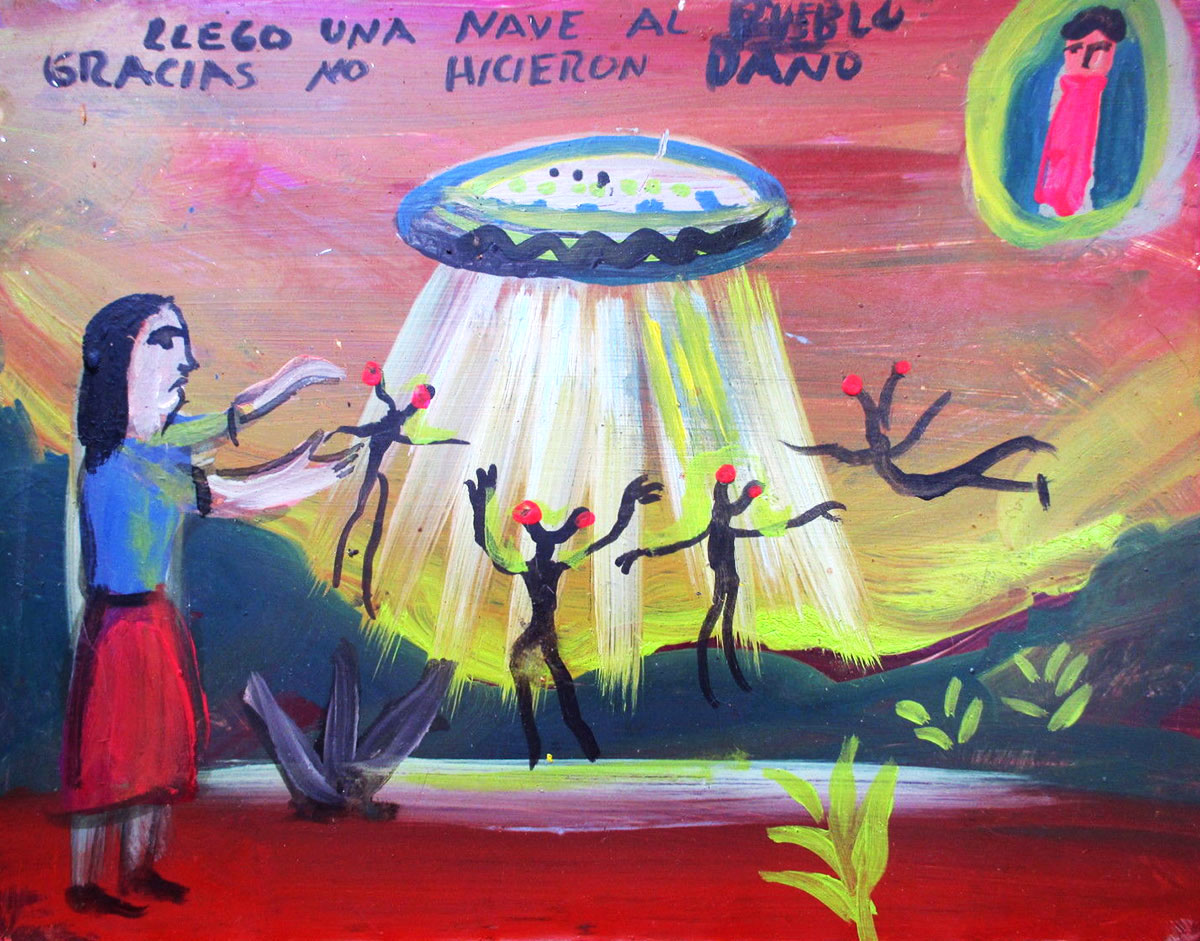 A spaceship came to town — thankfully they didn’t harm us. 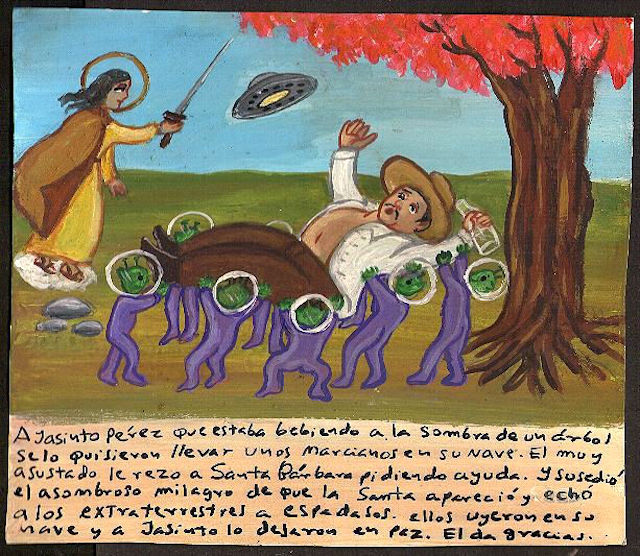 Jasinto Perez was drinking under the shadow of a tree. Suddenly martians arrived. They took Jasinto and carried him to their space ship. Jasinto was frightened and he started to pray Saint Barbara for help. Then the miracle happened. The Saint herself appeared before the martians and attacked them with the sword. The martians dropped Jasinto and ran to the ship. Jasinto gives thank fro that. 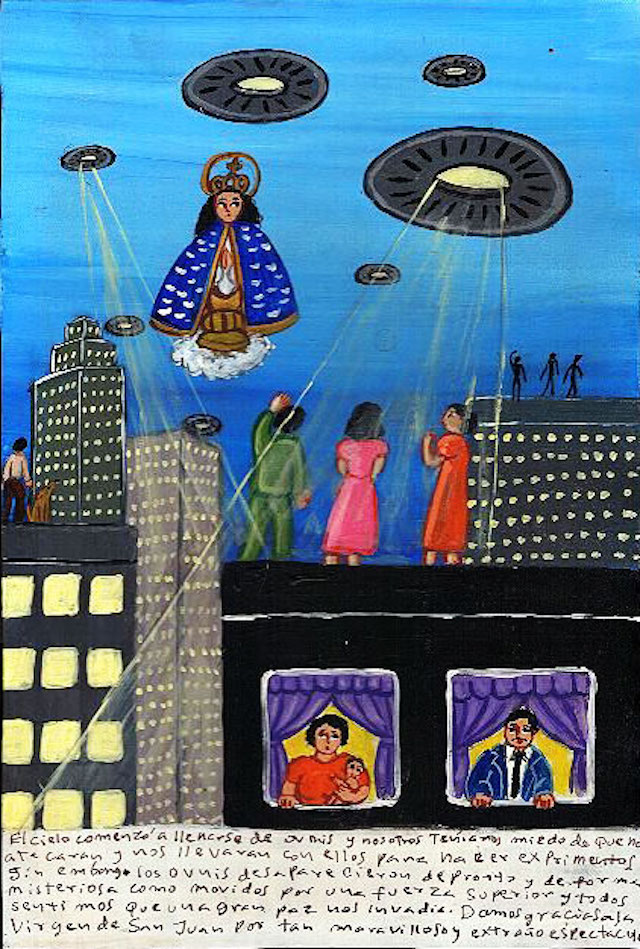 The sky became filled with UFO. We were scared they’d attack us and would abduct us for their experiments. However, they didn’t land but lined up and suddenly disappeared moved by a superior power. We all felt a sense of relief, and we thank the Virgin of San Juan for this strange and wonderful sight. 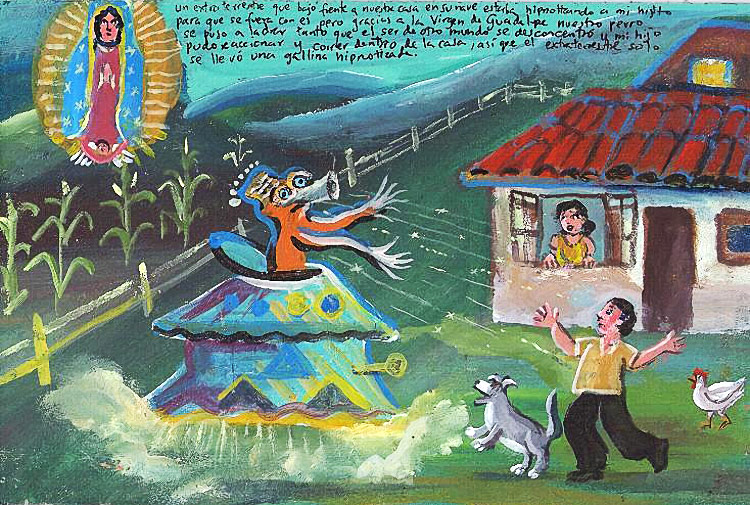 Images and translations via Retablos. Link via Tuiteros Andrew Chestnut PhD and David B. Metcalfe.