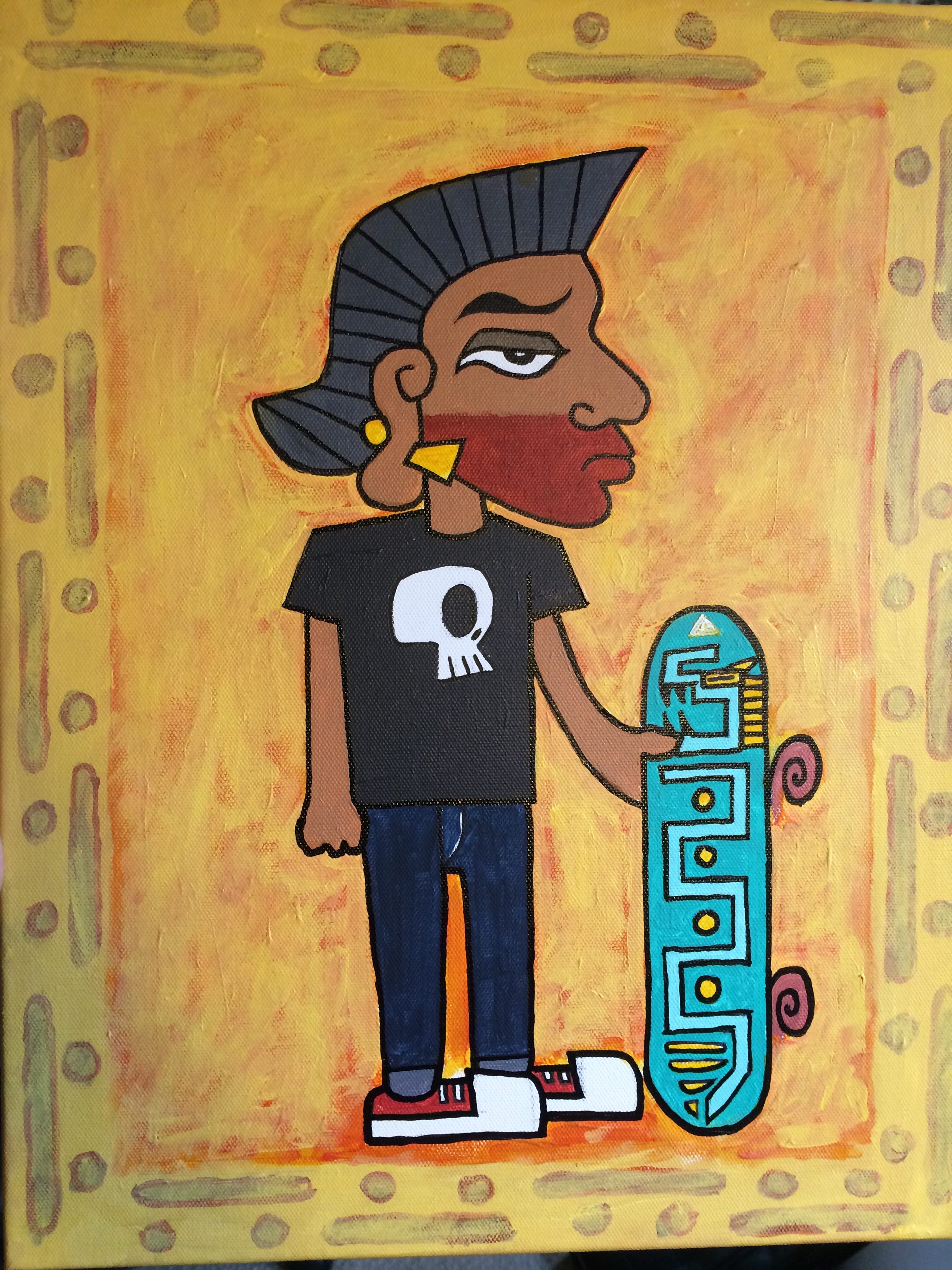 Yes, you read that right.

Anyhow, in honor of the head Malinche over there, I started this painting, an AZTEC SK8R, because I’m sure it would make his feeble cranium assplode.

This AZTEC SK8R shows the reality of indigenous people adapting to the modern urban life but in a positive (and hopefully visually pleasing) way.

Proceeds from this auction will help POCHO pay its hosting bills, software expenses, the Tax Man, and beer for writers if we’re lucky.

SEE YOU ON EBAY! 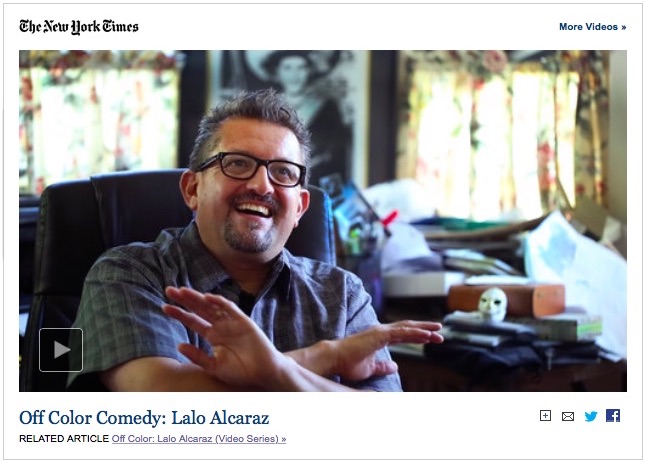