“You might assume that the typical Mexican food available at better restaurants here in the Ciudad del Amor Fraternal would be also available everywhere in Cabo, but noooooooooooo. It’s like ‘Perdóneme, señor? No lo entiendo’ wherever you go!”

“Have you ever tried to find artisanal four-cheese Buffalo chicken quesadillas in Mexico? Don’t even bother! And corn tortilla eggrolls must be an endangered species in Baja because they’re not for sale!”

Mueller said he spent one afternoon at the Cabo Farmer’s Market and could not find a single taquero offering Korean barbecue kalbi tacos like the ones he buys weekly at the trucka outside his office in trendy Powelton Village.

“It’s all a tourist trap! One woman was making fresh tortillas using a gas-fired flattop grill. Give me a break! Don’t they make comals anymore? And check this out: The al pastor grill guy used an electric carving knife to cut the meat. You don’t see Bayless do that!”

But Mueller is an optimist. In between bites of his lamb prosciutto tapas and sips of Ben Franklin IPA, he laid out plans for next winter’s vacay:

I’m off to Italia, bros! Can’t wait to try that Thai barbecued chicken pizza right there in the Motherland! 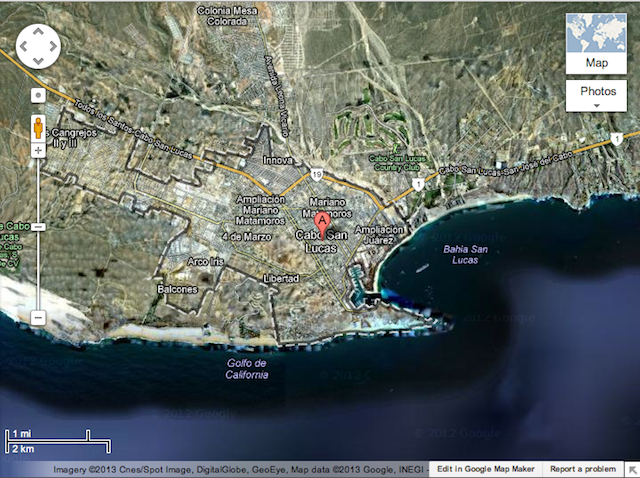