In 1963, President John F. Kennedy signed the Equal Pay Act which prohibits gender discrimination in wages. Back then, women made 59 cents on average for every dollar earned by men.

Fifty years later, women earn only 77 cents for every buck a guy gets, so the battle that Batgirl began is not over.

ThinkProgress.org has the latest shameful details:

Why do Republicans hate women so much? 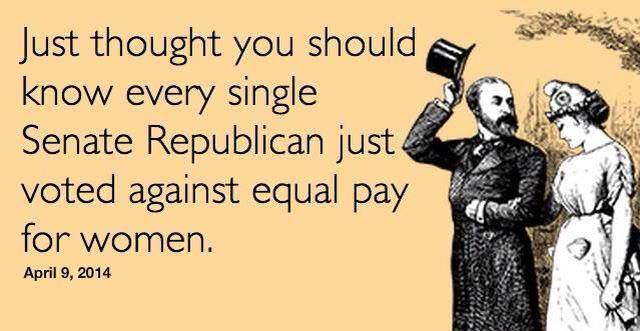