Second generation Texan Pat Burke of the Houston Tea Party Express agreed, “A Texas lady doesn’t filibuster, that is beneath us.”

Connie Mendez, a insurance agent from Mercedes, Texas, said that Davis had LatinoS’ affectionS because, “She uses Nice ‘N Easy natural light blonde como nuestras tías” to dye her hair. “Like many of us, she was the first person in her family to graduate college,” Mendez added.

While these Davis birthers’ concerns have yet to catch fire nationally, Jones did say she had a Twitter exchange with famous Obama birther Donald Trump. No word yet on whether he would be investing money leftover from his latest bankruptcy to investigate the Davis matter.

The Davis camp has been mum on the issue, but when PNS reached the campaign press office to ask whether Davis’ Nice ‘N Easy hair dye job was an effort to obfuscate her Chicana past, officials simply said that Davis’ past is an open book and to “Google it.” 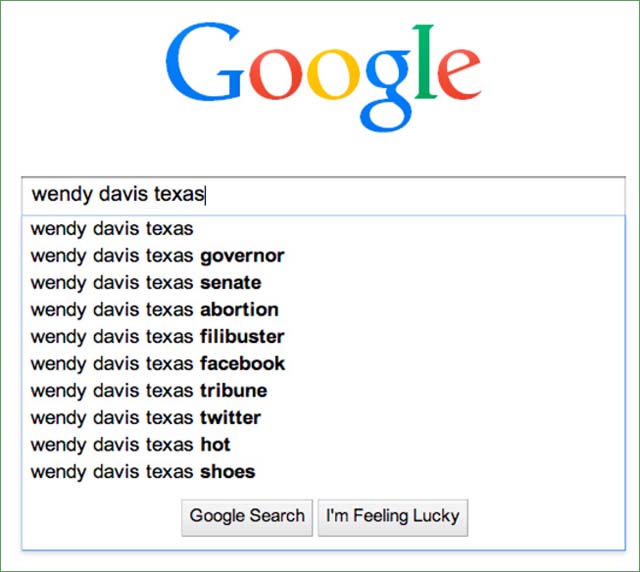