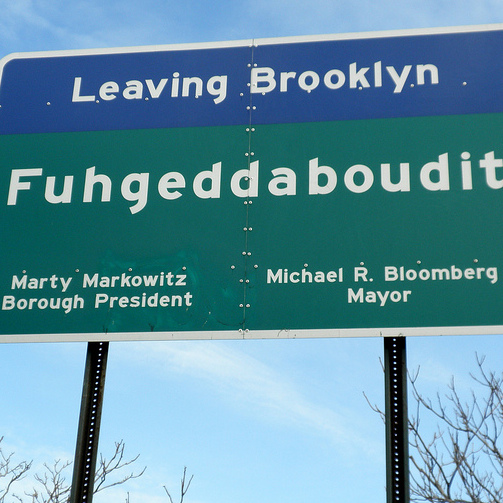 (PNS reporting from BROOKLYN) Bank loan officer Leticia Martinez dumped her almost boyfriend Uriel Loya and kicked him out of the house after their first full-on sexual encounter Sunday night.

“He was saying he was gonna give it to me, and that I ain’t never seen nothing like this, and all that bullshit. Ugh! So lame!” Martinez, 25, lamented to PNS.

“Why do guys always have to lie about how big their pipis are?!”

Loya, 28, an architect, was quiet after leaving Martinez’s rent-controlled apartment, shivering, pacing on the sidewalk, looking up at her window, hoping she would give him a chance to explain.

It’s not the first time men have lied to her about the size of their manhood, Martinez said, alleging it’s a common for men to talk themselves up, only to be a big let down when it comes time to throw down.

“I don’t need a huge dong, I mean, the average woman’s vagina is only 3 or 4 inches deep, why do men insist on lying? Why would I want to start off a relationship with a big — or small, whatever — lie like that?” she asked.

Loya noted that Martinez said she liked tall guys on her OkCupid profile, so he just assumed, you know? When asked why he lied, he told PNS that he wanted to impress Martinez because she was the first girl he had actually liked, and waited for, in a long time.

“I wanted to get to know her, you know? And one thing lead to another, and it just kind of got out of control. I just hope she’ll let me make it up to her,” he said.

Martinez told PNS she was reticent to get back online to look for another date. Since things had been going well with Loya up to that point, she was considering letting him try to make it up to her, but hadn’t made up her mind yet.

“At least he didn’t propose,” she said.