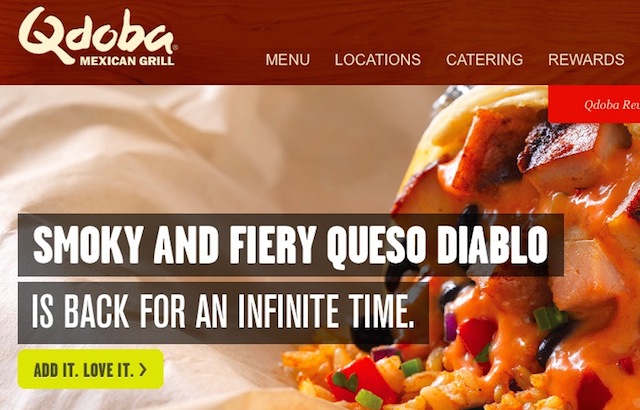 (PNS reporting from MASSACHUSETTS) A burrito is not a sandwich, you idiots, according to a court decision announced here last week.

Superior Court Judge Jeffrey Locke made the ruling as he threw out a lawsuit brought by a Panera restaurant seeking to stop White City Shopping Center in Shrewbsury from leasing space to a franchisee of the Qdoba Mexican Grill chain.

Panera’s lease prevents the center from renting space to a (competing) sandwich shop.

From the Associated Press:

[The judge] cited Webster’s Dictionary as well as testimony from a chef and a former high-ranking federal agriculture official in ruling that Qdoba’s burritos and other offerings are not sandwiches.

The difference, the judge ruled, comes down to two slices of bread versus one tortilla.

“A sandwich is not commonly understood to include burritos, tacos and quesadillas, which are typically made with a single tortilla and stuffed with a choice filling of meat, rice, and beans,” Locke wrote in a decision released last week.

In court papers, Panera, a St. Louis-based chain of more than 900 cafes, argued for a broad definition of a sandwich, saying that a flour tortilla is bread and that a food product with bread and a filling is a sandwich.

Qdoba, owned by San Diego-based Jack in the Box Inc., called food experts to testify on its behalf.

The decision by Judge Locke, who was once criticized as not being qualified to judge a pie contest, drew mixed reactions.

“Thank the Lord! This reconquista is getting out of hand! I can’t walk two feet anymore without some Latin trying to destroy my culture!” one local octogenarian told PNS. “My people didn’t bring poison blankets all the way from England on the Mayflower for Hispanic food!”

History was also on the mind of a British tourist (and Member of the House of Lords) who was visiting the Worcester County village.

“A wrap by another name is still a burrito,” said Winston Churchill Dominguez IV, the Seventh Earl of Burrito, who welcomed the decision. “My ancestor invented the burrito while playing huachas centuries ago,” he said, “and calling his invention a ‘sandwich’ is an insult to his legacy. By the way, do you know where I can cop some puro Worcestershire sauce? This Panera crap is lacking in the dank.”

“What if the burrito is in a taco? Does that make it a sandwich?” a Taco Bell manager, who asked not to be identified, asked PNS.

“And what is a ‘tortilla?’ Don’t they mean a wrap?” inquired Just Call Me Mrs. Shrew, from Whitesbury, a town bordering 90% white Shrewsbury.

“A Mexican sandwich is called a ‘torta,’ you mensos,” a lawyer for Qdoba told PNS.

Maria Purisima, EresNerd and Tia Lencha contributed to this report.