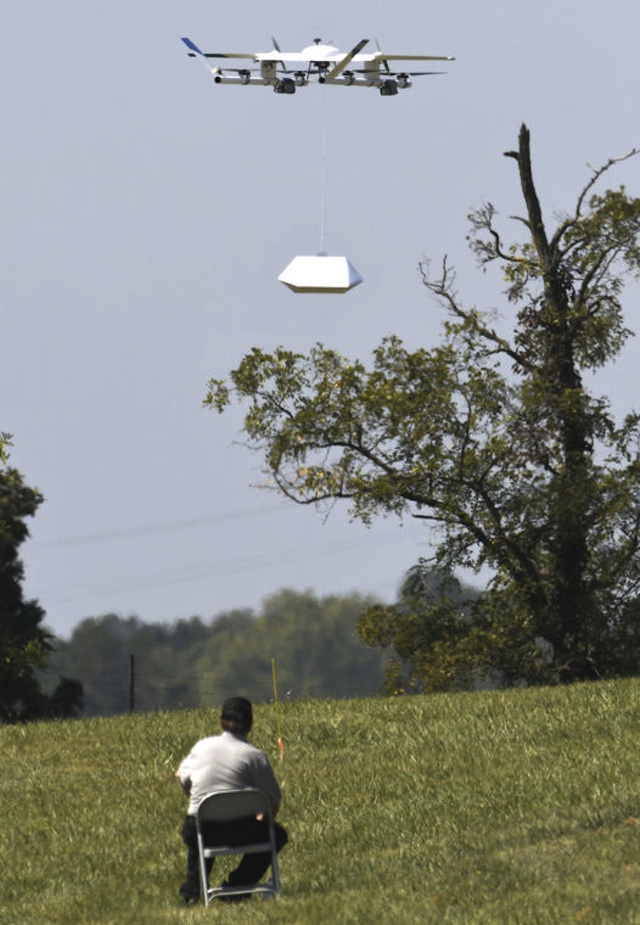 BLACKSBURG – The future of food delivery arrived at Virginia Tech this week, as Google began its much-anticipated – and secretive – experiment to lower Chipotle burritos from drones to a select group of university students.

A drone was spotted buzzing overhead just before 1 p.m. Monday. It descended to about 10 feet, hovered over a grass patch and then lowered a large white package to the ground on a string. The drone then flew away, leaving the package and string on the ground.

A woman with a clipboard walked over somewhat unceremoniously, cut the string and carried the package back to a staging area where test subjects watched from behind a safety net.

The process was repeated about 10 times in a 30-minute span during a period on Monday.

Sometimes, multiple orders were brought in at the same time on two separate drones flying near each other.

The meals were only carried about a tenth of a mile, maintaining the kind of line-of-sight flights that the Federal Aviation Administration prefers.

Photos and more about the test at Roanoke.com…..