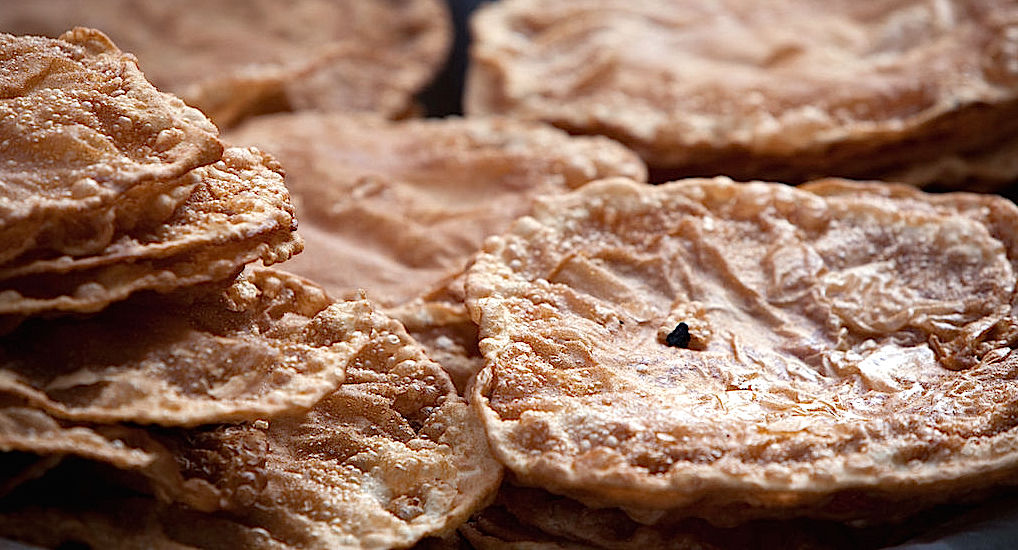 Hola. Is Tia Lencha here. My heart is broke. I no have a novio anymore. My comadre say there is something wrong with all the mens on the Google. Is true. In this case, I wasn’t enough of a man for him. Oh gwell.

I oso a little heartbreak because my carro (thas car for ju pochos) die. My comadre say that only my luck gwith mens is worser than my luck gwith carros.

Oso, I am very heart break because of the 43 estudents that got kill and throwed away in Mexico.

Then I saw Mijo look sad jesterday and ask him what wrong. He say that he is sad because the police who kill Michael Brown and Eric Garner got out for free. He say this country is no the country of freedom if black mens cannot gwalk the streets without getting kill.

Then I was heartbreak because Mijo was heartbreak. Is Crismas, he should be talking and talking about gwhatever regalos (thas presents for you pochos) he gwants under the tree.

And then I say to him, Mijo let’s make buñuelos. And then he say, can we take the buñuelos to the protest for the police brutality? And I say, a course!

Buñuelos are fried dough gwith sugar and cinnamon and are good for the heartbreak. They are oso good for Crismas, and sold on the street in Mexico. I think is perfecto (thas perfect for ju pochos) for to eat standing up, maybe with a cup of chocolate at a protest for the police brutality.

If ju never heard of buñuelos, pochos call them “crisps” or “popovers.” Gwhat the hell is that? I want to protest those names oso.

There is two gways of making buñuelos, the real gway, and the lazy gway. Ju decide gwhat gway is right for ju.

The Real Gway of Making Buñuelos

In a large bowl, mix flour, baking powder and salt. In a small bowl, beat one table espoon sugar, eggs and butter. Stir in the leche (thas milk for ju pochos). Add milk mixture to flour. If dough is too dry, add a more milk. Knead dough until it is very smooth (and ju can think about wringing the neck of anyone ju gwant during this time). Shape into 20 balls (have fun gwith this because ju are going to be esmashing the balls soon). Cover and let stand for 30 minutes. Heat oil one-inch deep in large skillet to 360˚F. Roll each ball out on a lightly-floured board into very thin six-inch circle (I tole ju!) Fry buñuelos until golden brown, turning once. Drain on paper towels. Sprinkle with sugar-cinnamon topping while they are warm.

The Lazy Gway of Making Buñuelos

Heat the oil in a pan. Make sure oil is hot enough. Ju can test the oil with a piece of tortilla, is suppose to sizzle when it toush the oil and should get brown in about 2 to 3 minutes. Fry eash tortillas until golden brown. With a slotted espoon, put the crispy tortillas to paper towels to drain. Then ju top with a mix of sugar and cinnamon.

Mijo and I feel better now that we made our buñuelos. We go to the protest and give them to the peoples. Mijo is happy. But maybe no the peoples who got blocked on the freegway. Oh gwell.

Like Mijo say, change estarts gwith you. Is a good think to make buñuelos to give them to jur neighbors or to people who are heartbreak.

Make some buñuelos or do something else good for someone to make a better gworld (or Tia Lencha will give ju a coco in la cabeza)!