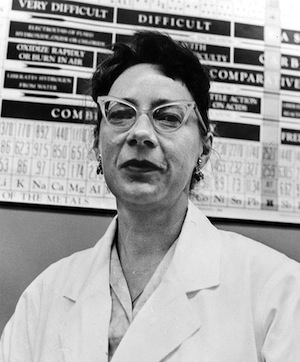 Back in October, Florida created a new set of educational policies which permits/expects blacks and Latinos to test lower on standardized tests than whites or Asian students.  Since they’re expected to test lower,  Florida thereby eliminates the  embarassing “achievement gap” and the white education bureaucrats can “stand their ground.”

While we’re at it, why don’t we segregate each classroom per race? We can even have separate bathrooms and drinking fountains per race. Seems legit!

I am actually the product of the Florida school system. This ethnic divide rule reminds me of my first year at the University of Central Florida. Though I had a great high school record and was making straight As, I had to take mandatory seminars teaching me how to do well in school.

Did everyone have to take these courses? Nope. Well, why would a straight-A student have to attend such seminars?

Because I am Latina.

I met with my counselor and explained my situation. Though she was pleased with my perfect grades she explained Latino students are statistically at a higher rate for dropping out and therefore, it was mandatory that I take these courses.

Are you fucking kidding me? Wouldn’t my time be better spent doing my real homework? And while I’m at it, fuck statistics.

Oh… but Latinos and blacks are more likely to drop-out. Let’s get together and role play turning down party invitations because that will really help at-risk students…

Though well-meaning, statistics are a slippery slope. Why couldn’t they make exceptions for A students? (I know I’m not the only Latin@ nerd, ahem.)

Of course, my adventures as an introverted college nerd were more an annoyance than anything else.  Now, telling young black and Latino children that they are statistically a dumber ethnic group – that’s just downright hurtful and damaging.

I am notoriously bad at standardized tests. The University of Florida rejected me for having a low SAT score (yeah, OK, state school…)

Though my reading scores were above average, my math scores were lacking. At the time, I chalked it up to the notion that women just aren’t good at math and left it at that.

Women aren’t good at math. This was taught to me, by an actual teacher.

Although initially I had a rough time in math, by junior year I was making As in calculus yet it never occurred to me that low scores might have more to do with anxiety and mild dyslexia than a stereotype proclaiming women don’t excel in math.

So, how could I be making As in math and yet be stupid enough to think women aren’t good at math?

The things is, ALL young people are kind of stupid. Not stupid in the intellectual sense but stupid in the impressionable sense. If you tell them they are not good at something, chances are, they will believe you.

In undergrad, I was making A’s in algebra. However, when I took the GMAT I did horrible in the math section. I would take an un-timed practice test and score nearly perfect, come the real test and BLAMMO – way below average.

It finally hit me…

Standardized tests are a bunch of horseshit ass fodder better used as toilet paper than a nationwide system of judging intelligence. However, it takes time to develop into a confident person who says “NO! Fuck you! You’re stupid test is stupid! I am awesome and I’m going to build space rockets!”

But alas, by then you’ve already settled on the crass life of a stand-up comedian.