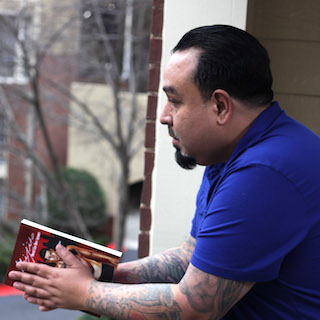 Author Jaime Martinez’s COCHINA (Amazon link) tells the story of “…sisters Marisol, Josephina and Lola, who have have defied every odd except one. Each of the beautiful women has achieved various levels of success that pulled them out of the projects into lavish living. Unfortunately, issues with men that reach all the way back to their teen years threaten to tear them apart. Secrets, envy and dishonesty nearly destroy them, but when dark deeds come to light and romances fizzle, their only solace is found in each other.”

Chapter One:
LOLA
Should auld acquaintance be forgot

The sun went down a few hours ago, casting a telling darkness around my suite at St. Regis Buckhead. It is nine o’clock in the evening and my husband Raul has been missing in action since we checked in at 5:30 p.m.

I had hoped to give him some but he had business to attend to. What kind of business? I have not one clue because everyone from the film company he’s been directing and producing over the last five years should be getting ready for the New Year’s celebration. In just three hours it will be two-thousand thirteen.

I looked at the blue evening gown hanging on the closet door. Then I stepped in front of the mirror to admire how good I looked in the lingerie I purchased from Saks Fifth Avenue on yesterday. The shopping excursion at Phipps Plaza with my sister and best friend was fun. Buckhead is no Rodeo Drive or Downtown Chicagobut it will serve its purpose while we are living here. 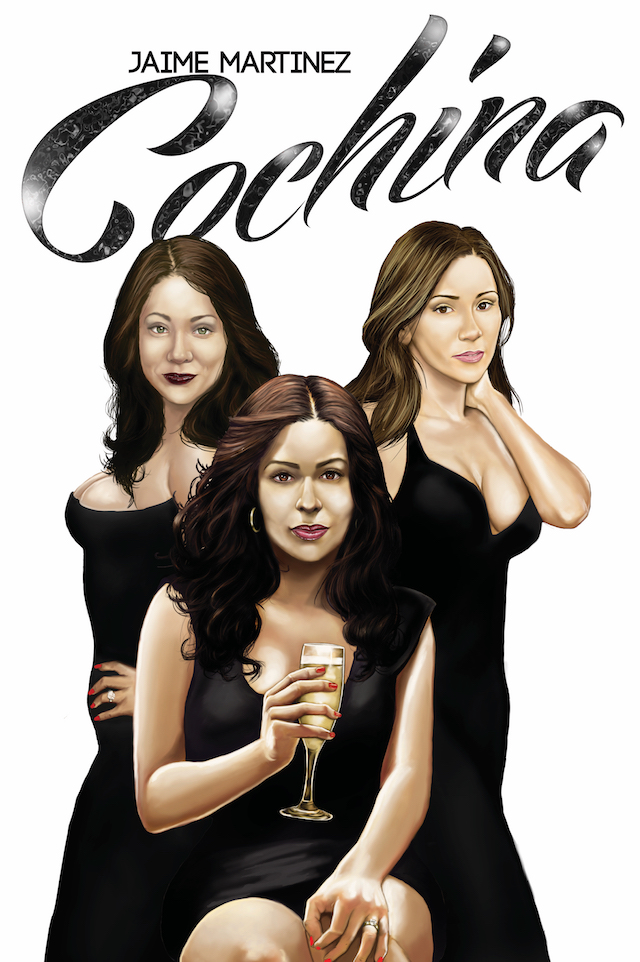 Raul’s company moved him to Atlanta at beginning of this year. I had to stay in Los Angeles until two weeks ago because he wanted to get settled first. Raul also wanted to make sure that this is where he wanted to work and live. It didn’t bother me because I was able to stay in LA doing what I do best—shop and dine at the finest restaurants with the Mexican American all-female book club I joined two years before our move to Atlanta. More than the food and exclusive shopping, I missed those ladies.

Raul Lopez and I had come a long way from Little Mexico, the projects on 26thStreet in Chicago where we grew up. Even back then he was a local celebrity. He was always organizing something at the church or on the community courts playing basketball with all four of his brothers, drawing crowds of ogling females including my two older sisters and me.

Second to the youngest in his family, Raul is eight years my senior. From the time I was in elementary school until I was in high school, the Lopez boys were the most desired potential boyfriends at our school. Each of them had rugged good looks, were athletic and made good grades. Any girl in her right mind would catch a crush.

My adolescent years were good to me. By the time I was in junior high I was in a D cup bra with a curvy shape like my sisters. If the Lopez boys were the guys the girls wanted, my sisters and I were the girls all the guys wanted. Raul included.

When he came home from college I could tell by the way looked at me that he wanted me, a junior high school student. Even in middle school I could read people, which is probably why I went into psychology. I knew when a man’s eyes turned liquid and his lips parted just a little when a woman entered the room his body was responding to his physical need for her. That is exactly what happened every time Raul saw me.Despite the age difference, I knew he was the one I would allow to take my virginity. We married when I was twenty-two and he was thirty.

A half hour passed while I reminisced about my childhood. I walked into the bathroom and grabbed my phone, which I had placed next to my Bobbi Brown makeup bag. My ringer was off and a notification of six messages was on the screen. My heart leaped as I knew one of them would be from my darling husband letting me know why he had not returned to our hotel room. Then, it dropped. Not one message was from Raul. All six were from my sisters Josephina, who we call Josey, and Marisol telling me that they were on their way.

Being in the same city with my oldest sister, Marisol made me happy. At thirty-one years old she had completed her medical school residency and was officially a pediatrician, enjoying single life in the city. Like me, Josey had married a Lopez man Ignacio, who is a year older than Raul.

My best friend Sandra Cisneros lived in the city as well. I met Sandra in college, butshe dropped out our first year and relocated to Atlanta to become a flight attendant for United Airlines, a job that suited both her personality and her looks. Tall with a body like the video girl Gloria Velez and platinum blond hair, she is a gorgeous serial dater who is often stalked by the men she encounters.

On a trip to LA, courtesy of her buddy passes, I had to tell her the truth when she constantly complimented my beauty. It made me uncomfortable—not because she was saying it but because Ricky Bundy, one of Raul’s bosses at the film company, thought so as well. He crossed the line with me several times with his overt flirting. I got so sick of him telling me how lucky Raul was to have me.

I think Ricky’s advances got to me because I had fanaticized about him on more than one occasion. He had an unforgettable smile and smelled like the men’s cologne section at Bloomingdales, deliciously rich. And, he was older than Raul. There was something about powerful, attractive older men that got me hot.

I looked in the mirror at my small waist, curvaceous hips and ample breasts.Perfection. Taking a nice long look at my face, I pulled my hair into and then started to chuckle thinking I guess I could favor Eva Mendes. I used to think people said we looked alike because I was brown like her, with sandy brown hair. Or did I just not really want to see me?

Men often complimented me on my looks. Some even go as far as asking for my phone number so we can hook up for dates or sex. Noting my ring in mirror, I realize that it meant nothing in the eyes of scandalous men.

I took my blue dress from the hanger, slipped it on, and then walked into the bathroom to apply my makeup after I put on a hotel robe. I didn’t want to get makeup or hair products on my dress. Satisfied with my makeup, I used a curling wand on my hair. An LA stylist told me that people would pay good money to have hair and looks like mine. Like everyone else, he thought I was a beauty.

Why doesn’t Raul find me beautiful?

I had the most perfect husband a man could ask for. Raul was kind, compassionate and hardworking but when it came down to lovemaking his interest was as flat as a pancake. Sandra and Josey told bold stories of how they made men pursue them and wait for sex. I’d listen fascinated at how men would do anything to get a chance to be inside a woman quietly dying inside because my man didn’t want me. Hearing Josey talk about how she and Ignacio made love at least once a day made my heart ache.

Only Sandra knows that Raul and I only had sex a few times, one of which was our wedding night. How could I tell anyone else?

We lived more like friends than husband and wife. The night I moved to Atlanta I knew that Raul would make love to me. For weeks he had go on and one about how much he missed and loved me but after dinner he fell asleep. That was his usual sex avoidance tactic.

Tonight’s tactic, leaving me alone in a luxurious hotel suite while he attended to business. I grabbed a piece of my hair and wrapped it around my curling iron. The familiar tears of loneliness and sexual repression rolled down my face.

A loud knock at the door pulled me from my self-loathing. I put down the curling iron, used a Q-Tip to dry my tears without ruining my makeup and went to greet my guests.

“Hi, sister,” Marisol yelled as soon as I opened the door. Inviting herself in she said in her valley girl way, “Lola, your hair is so Chola long, I think you should cut it.”

I smiled fondly at her.

“Look!” she said holding up a bottle for me to see. “I brought this 1965 bottle of whiskey for us to celebrate the end of two thousand twelve!”

I sat on the bed and listened to Marisol go on and on and on about meaningless things. I loved my sister, but her going to medical school in Iowa made her even more of a fast-talking White girl. We always joked her for hanging out with the few we had at our high school but she never was so California-Laguna Beach until she started going to University of Iowa for medical school. She and Josey got into it all the time because Josey thought Marisol forgot where she came from. Marisol dealt with people who dealt with her. She couldn’t help it if she had more in common with White girls. And, it wasn’t her fault that there were not very many Mexicans in Iowa.

“Oh my God, Lola. I just love your shoes!,” Marisol screamed. “Where did you get them? No, I already know: Neiman’s, right? What are they, Gucci?”