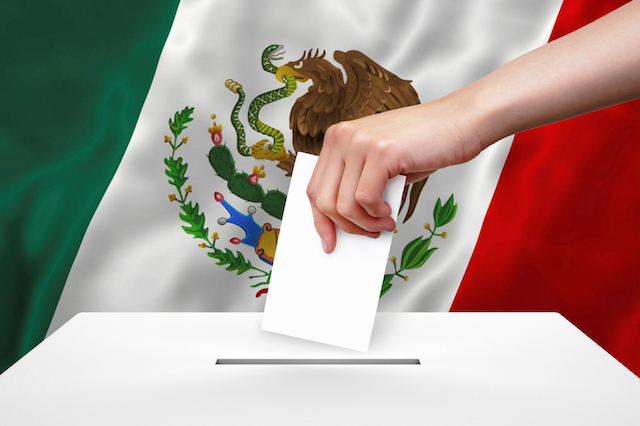 “Authentic and paid supporters of the PRI here today, let me remind you, our corruption knows no limit,” PRI President Enriquece Ochoa said at a rally Saturday in the State of Mexico, where the party rigged a local election last year. “Do you think we would actually let AMLO win? No mamen. This aint our first rodeo.”

“Our lust for power and self-enrichment isn’t going to be denied by something as arbitrary as democracy,” Ochoa said. “We promise you, citizens of this great country, that we will cheat our faces off to win this thing.”

When asked about the threat of victory posed by AMLO, who leads most polls not published by PRI-owned and operated media outlets, Ochoa guaranteed the crowd that he will continue to smear the opposition candidate with inaccurate claims, such as Russian and Venezuelan election interference, in an effort to confuse and scare voters, which is just good fun, he said.

“I mean, who in the world really truly wins elections on their own anymore?” He joked. “Allowing the people of a country to truly elect their leader is a relic of the past. We assure you, wonderful citizens of this proud country, that we will not let that happen on July 1.Viva el PRI! Viva la democracia! Viva México!“