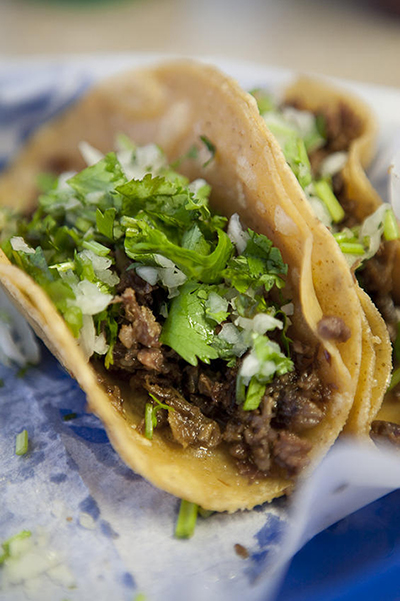 According to either the National Taco Industry Council, or some drunk person who also just made this up, today is National Taco Day in the United Estates.

And it says so, on to the online hub of this holiday, NationalTacoDay.com:

In 2012, Americans ate 4.5 billion tacos!
That’s 490,000 miles of tacos, which could take you to the moon and back or, if you prefer, could, at 775-million pounds, equal the weight of two Empire State Buildings.

Damn, that just makes me feel fat. Also on their site, they state oddly that:

The word taco is the Mexican equivalent of the English word sandwich.

Uh, well, that might actually be the word torta. But whatever, the site goes on to explain an origin story for tacos, allegedly coming from a term that Mexican miners called a wrapped explosive that resembled a taco. What came first, the taco or the blast? Guatever.

Soft, fried or puffy, we all love tacos!

We suggest you check out friend of POCHO Gustavo Arellano’s taco tome, Tacos USA: How Mexican Food Conquered America, and his research. I think I will head out today and do some field research on some delicious tacos de carne asada, from my favorite random street stand…

Original image (we think) via 36prons.com