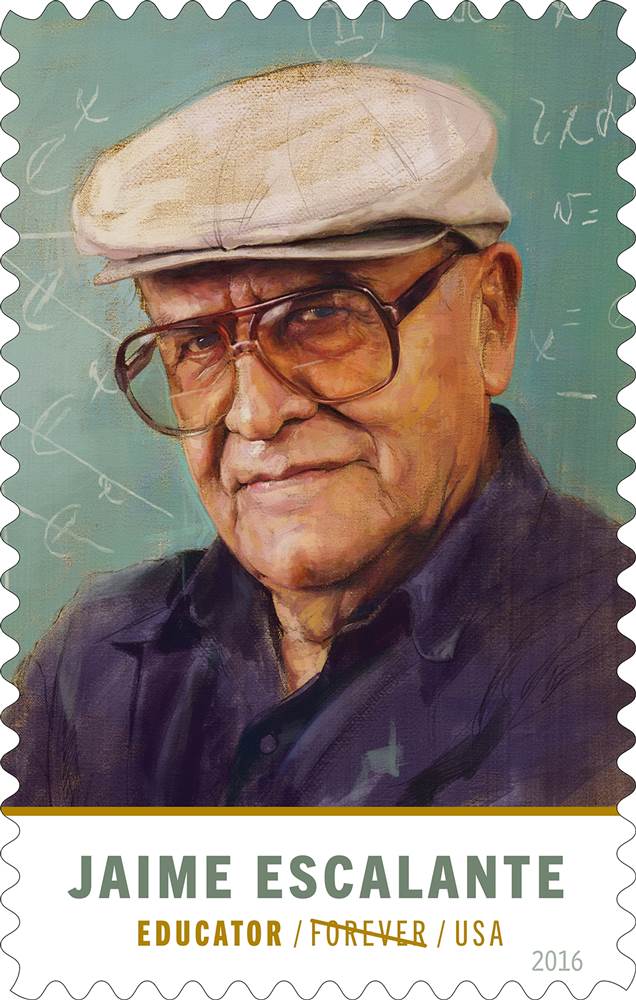 The United States Postal Service picked the 87th conference of the League of United Latin American Citizens (LULAC) Wednesday in Washington, D.C. to premiere its stamp honoring Jaime Escalante, the East Los high school math teacher who was the hero of the film Stand and Deliver.

Edward J. Olmos played Escalante in the film (video below).

Born in La Paz, Bolivia, Jaime Escalante became a math teacher in the United States in the early 1970s.

His inspirational methods led supposedly “unteachable” high school students to master calculus. The story of the dedicated teacher and his students attracted national attention with the release of the 1988 movie Stand and Deliver.

Jaime Escalante believed that a teacher’s role was to encourage students to set high goals and to achieve beyond their expectations. His legacy lives on in all teachers who see the potential in each of their students.