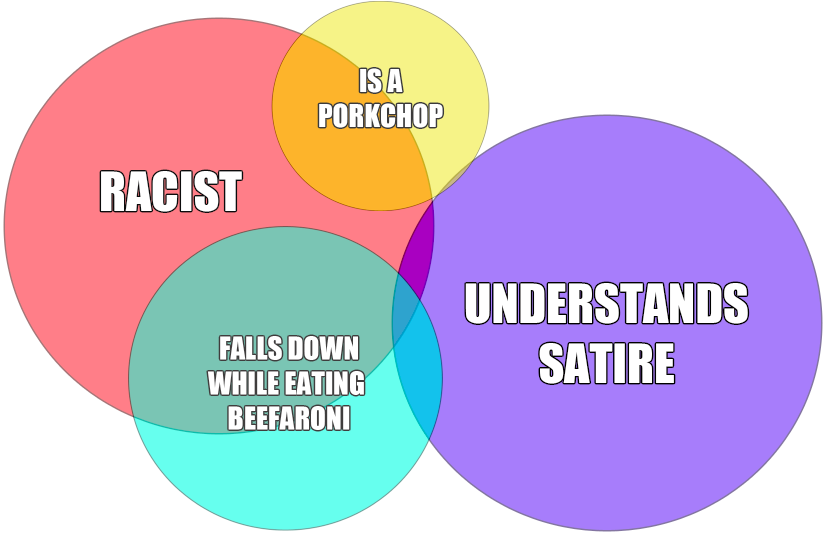 “The ability to understand satire is linked to the same part of the brain which allows a person to chew gum and walk at the same time,” wrote lead scientist Dr. Seymour Butts, “so it makes perfect sense. People who are racists are more likely to chew gum sitting down.”

Critics of the study say it was flawed.

“How do you know if people who understand satire weren’t just being satirical in response to racism?” asked long-time critic of science, Gumby. “Isn’t that what hipsters do these days?”

Since previous studies have that found low IQ is linked to prejudice and conservatism, Gumby suggested that those smart enough to understand satire have enough social decorum to not come off as racist. For example, one participant who understood satire stated he couldn’t possibly be racist because his girlfriend is black, but he also claimed to “act more black” than she does.

As a rule, we scientists assume we are better than everyone else and that everything is right and they are wrong. We’re not really interested in gathering data and upholding scientific principles. We just want to be right all the time, which we are by default.

The study also found people who don’t understand satire are more likely to fall down while eating Beefaroni and 20 times as likely to be an uncooked pork chop.