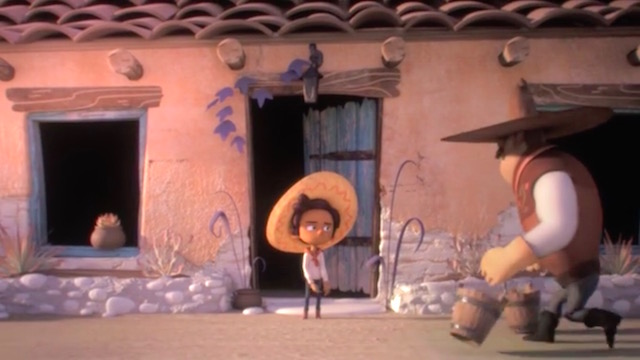 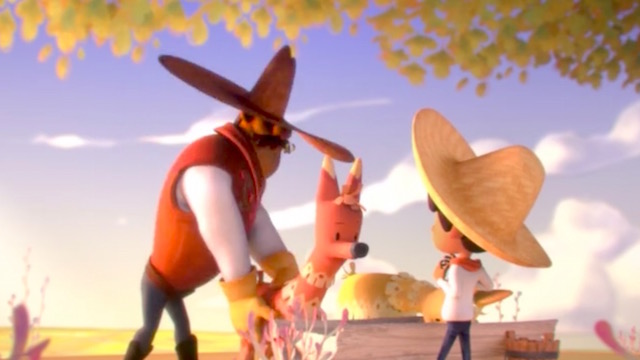 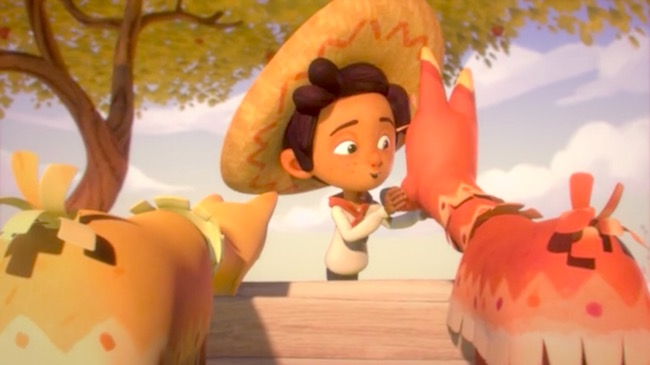 But one ranchero’s son dreams about a better world for the llamas on his father’s rancho, a place where animals are raised and to meet their fate as piñatas.

We especially like that father and son also raise a big crop of hard candy and and shear the llamas for papier mache.

[Hola LLamigo is a short video by Christina Chang and Charlie Parisi.]