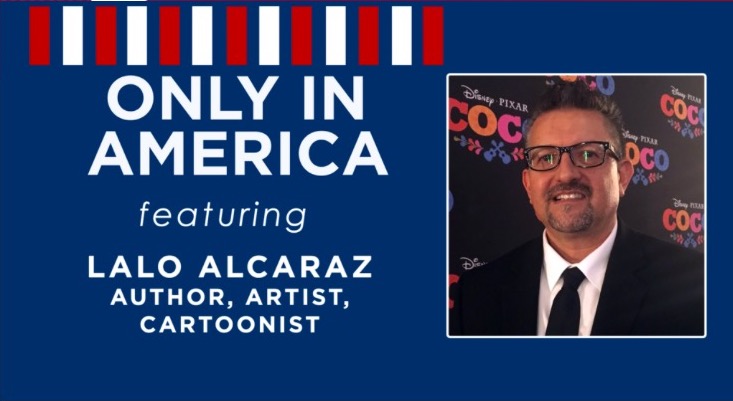 It’s POCHO Jefe Lalo Alcaraz, guesting on the Only in America podcast with Ali Noorani. Here’s how they describe the episode:

Lalo Alcaraz is a nationally-syndicated cartoonist, writer and producer based in Los Angeles. He is the creator of the first politically-themed Latino comic, “La Cucaracha,” the founder of Pocho.com and was a writer and producer for the 2016 Fox series Border Town. He was also a cultural consultant for the Disney Pixar feature Coco. He is currently a consulting producer and writer for The Casagrandes, which will premiere this fall on Nickelodeon.

Lalo talks to Ali about his parents’ journey from Mexico to Southern California, how their struggle informs his work today and how he foresees the country’s future.