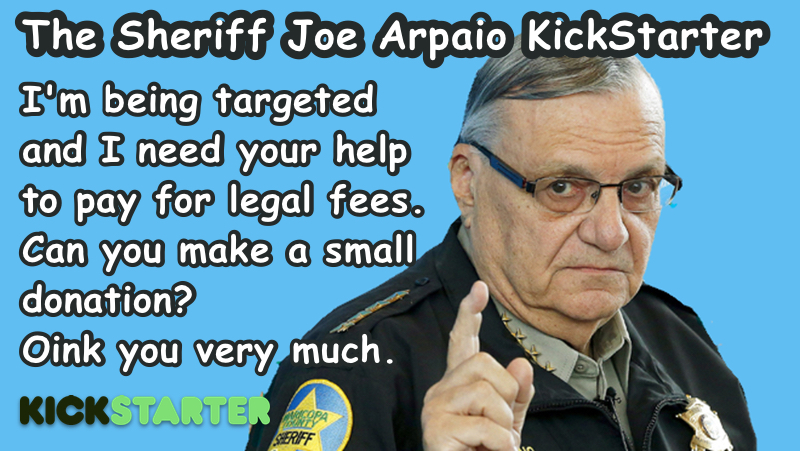 8. GUARDIAN $50: Support badge that can be displayed on your website, Facebook, or Twitter. Exclusive email updates regarding the Sheriff’s legal defense, including his thoughts on Life, the Universe and Everything.

7. PARTNER $100: An automated phone call from the Sheriff’s Office to the wetback of your choice demanding they “show their papers.”

5. MINUTEMAN $1000: Nude mud pig wrestling with the deputy of your choice.

And Sheriff Joe Arpaio’s top premium to KickStarter backers is…

GRAND WIZARD $50,000: Sheriff Joe will deport the person of your choice under the color of the law. 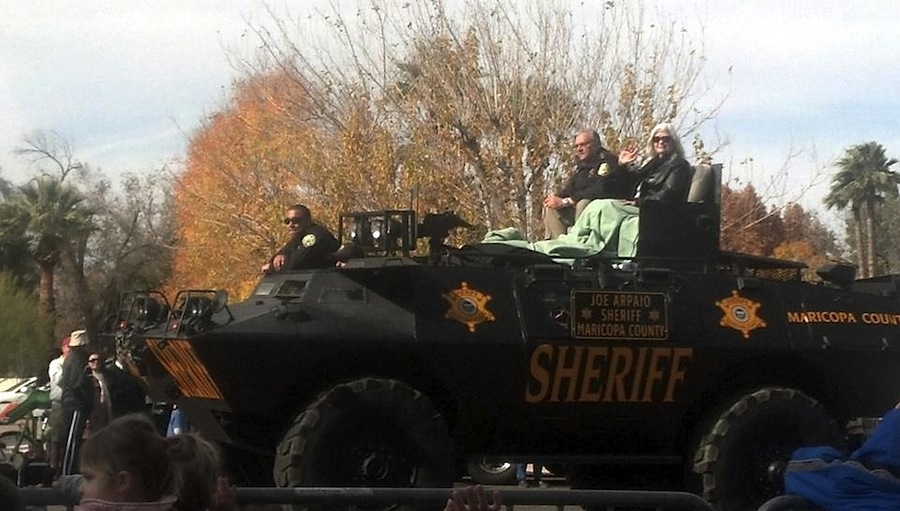