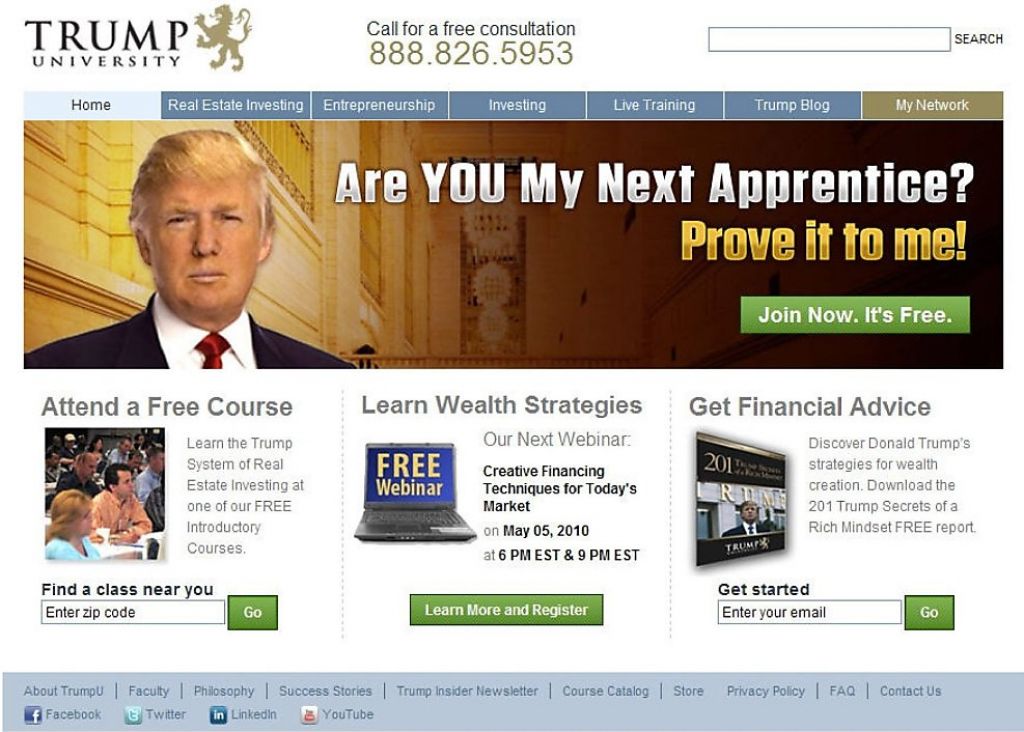 8. Trump University cafeteria’s “taco bowls” were based on a recipe rejected by Rick Bayless.

7. Trump University sales staffers (“admission counselors”) who didn’t make assigned quotas were dressed as gorillas and dropped off in Cincinnati.

6. Course outline for URBAN REAL ESTATE REDEVELOPMENT included a seminar entitled “Evicting a three-generation family business and replacing it with a chain retailer is easy if you just remember these three letters: K, K and K.”

5. Trump University was incorporated in Panama by Mossack Fonseca.

3. Class credits don’t transfer to any institution other than State Prison.

2. “Sheltering in place” in the event of a school shooting was to be billed at $499 for the first shooting, $299 for every shooting thereafter.

And the Numero Uno Top Shameful Secret of Trump University is … 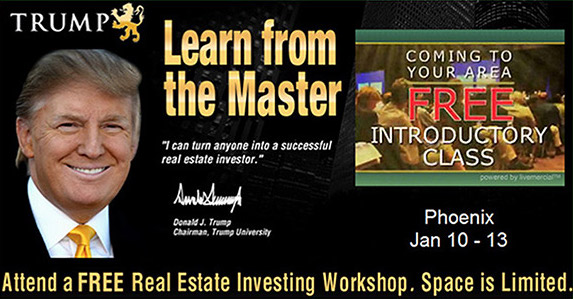