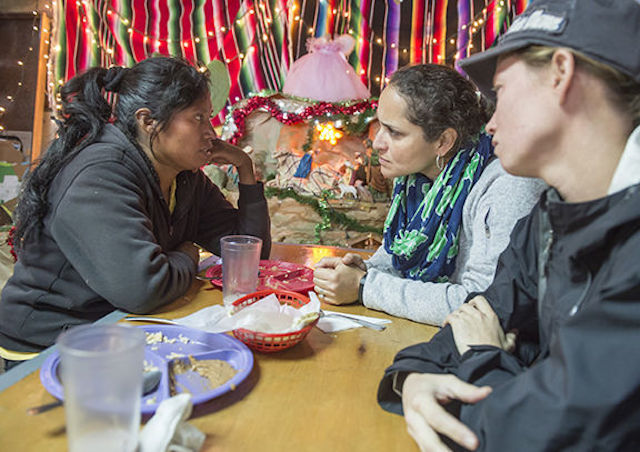 By the time the two young women walked into the shelter, the other migrants were mostly finished with their meals. They stood out as two women among dozens of recently deported men enjoying a meal before continuing on their way. I did what I had been doing all that January morning: I served them each a glass of hot chocolate and a plate of food.

We were volunteering at the Kino Border Initiative (KBI) in Nogales, Mexico, as part of the Center for Social Concerns’ Border Immersion Faculty Seminar. For several years, Notre Dame students have participated in this seminar, but this was the first time it was being offered to faculty and staff as well. As a professor of U.S. Latino literature who studies and teaches about the border, this was an opportunity for me to experience the border in a different way. 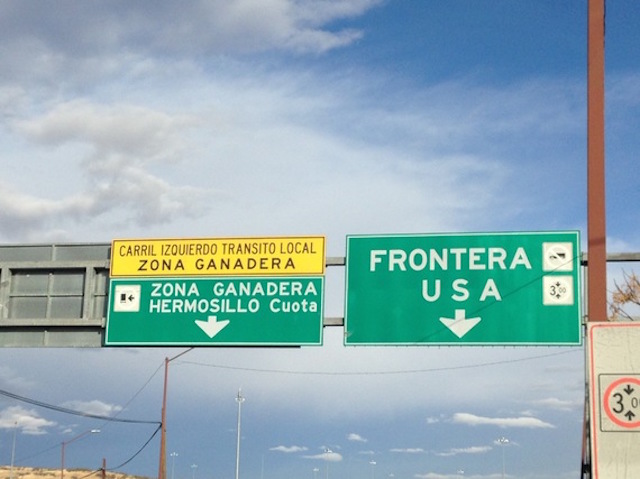 The day before crossing the border into Mexico we had spoken with a community elder, professor and activist, had attended a Mariachi Mass, and took part in an program organized by Tucson Samaritans at the famed Southside Presbyterian Church, the birthplace of the Sanctuary Movement in the 1980s, which provided safe haven for undocumented Central American migrants fleeing civil war at the time. Without our knowing it, all of these experiences would help to prepare us for that morning at the Kino shelter.

When I sat down to talk with the two migrant women who had just arrived, I felt a wave of self-doubt and insecurity. What should I talk to them about? Was I an impostor for coming into their world from thousands of miles away and then having no problem crossing the border to get back home? How do you talk to someone who is desperately fleeing violence and poverty, or searching for their loved ones in the United States? To someone who could soon die from hunger, dehydration, hypothermia or violence while crossing the Sonoran desert? Then I remembered what we had been told at KBI that morning — “being present” for the migrants is as important as serving them food.

So I listened (photo, top). The first woman, Rosa, was 25. She had come all the way from Chiapas, in southeastern Mexico. She told me about her 3-year-old daughter, whom she had left behind with her grandmother, and how dire poverty had led to her desperation. With only a third-grade education, her chances of working and earning decent wages were minimal. She hoped to follow in the steps of older cousins who had crossed the border, settled in California and found work. She hoped to reunite with her daughter in the future.

But now those plans had been halted, and she found herself having to make an agonizing decision: trek back home through cartel-controlled territory in northern Mexico or try crossing the border again without being apprehended by la migra — the U.S. Border Patrol. Either choice entailed the very real possibility of death, but her journey had been a chance she was willing to take for her daughter.