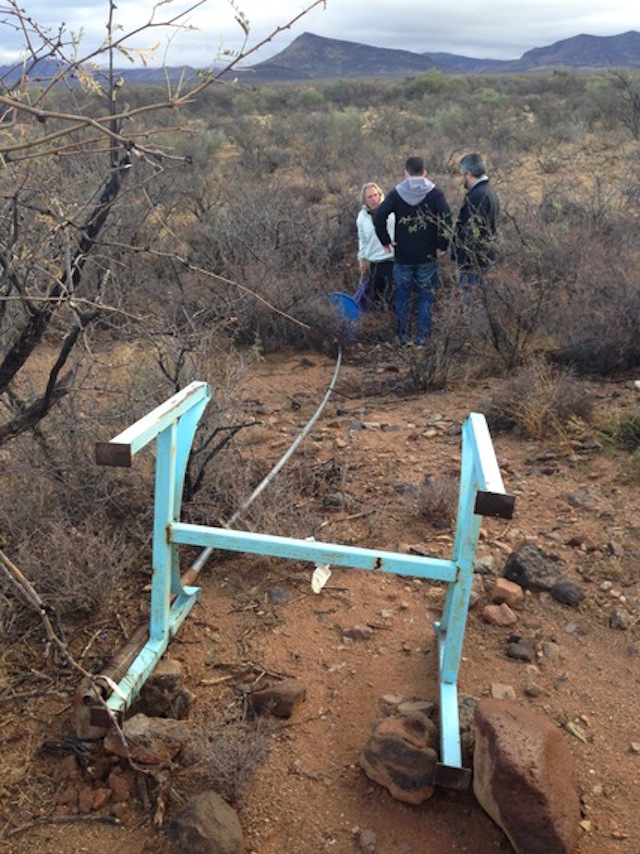 The other woman across the table was called Natalia. She was 26, also from Chiapas, but without children. She had set off with a group of 12 pollos (literally “chicks”), a term that refers to the immigrants’ precarious relationship to the predatory “coyotes” who transport them across the border. The heavily militarized border had forced her group, like so many other migrants, to trek through the rugged mountains of southern Arizona in order to avoid detection, adding considerable dangers to an already perilous journey.

Natalia had tried to help another young woman who kept falling behind; she carried her backpack and pulled her by the hand, helping her climb and run. But the “coyote” lost patience and left her behind in the mountains. He also tried to sexually abuse Natalia, and when she put up a fight, he threatened to leave her behind, too.

She cried as she told me about the grueling journey — being forced to sprint for two hours without stopping and how the Border Patrol helicopter had descended upon them and captured four Guatemalan men in her group.

Natalia told me how, as everyone scattered and fled in a panic, she found herself lost and alone in the desert, praying to God for help. She walked for hours until she found a tree. She found a safe haven there amid its branches, staying for a few days, until she couldn’t stand it any longer. She was weak from lack of food and water, and after enduring days of rain and cold temperatures, typical of the desert in January, she decided to search for help.

Having been hiding from la migra, Natalia now wanted them to find her; she was ready to surrender. But that didn’t come easy. They cruised by even when she tried flagging them down, so she kept walking until she found a house where a woman helped her by calling la migra, as she had asked.

Rosa and Natalia had just met the day before, both detained by la migra , and they now faced a difficult conundrum: go back home to Chiapas or to try to cross the border into the United States again. As I listened to their stories, I felt powerless. But I told them, “ Son las mujeres más valientes que he conocido. ” (You’re the bravest women I’ve ever met.) When it was time to part, I gave each woman a hug and told them I would pray for their safe journeys.

I had never been to a place where I had felt the clash between life and death so intensely. Other stories and moments had a similar impact on me: the couple hiding in a shelter after spending three days lost in the desert, trying to get back to their children in the United States; the Central American migrant seeking asylum who told us about the extreme abuse she had suffered in jail for being a lesbian; the travesty of justice. It was watching 30 migrants sentenced in less than an hour during an Operation Streamline, then hearing one of those prisoners proclaim, “ Dios bendiga a América! ” (“God bless America!”) upon receiving his sentence.

It was also going into the desert with Joel, from Humane Borders, to refill water stations and finding the first one vandalized; and hearing a forensic anthropologist at the Pima County Medical Examiner office tell us how migrants deaths “are acceptable” in this country, even though he and his team do what they can to humanize in death those who have been dehumanized in life. It was hearing every priest, pastor and community leader we met tell us how important it was to share everything we learned at the border, and witnessing the incredible power of solidarity and compassion displayed by many Tucson leaders and volunteers who sacrifice so much to help the most vulnerable and to defend those who don’t have a voice.

It’s one thing to read about the humanitarian crisis happening now at the border, but it’s another to witness the ways in which this crisis reverberates throughout the community. The ever-increasing militarization of the border — which began in earnest in the mid-1990s and intensified after 9/11 — has been informed by the “Prevention Through Deterrence” policy. The theory is that the harder you make it for migrants to cross the border, the less they will try.

As the wall and the surveillance technology have expanded across the U.S.-Mexico border, migrant traffic has been funneled through the remotest and deadliest areas of the Sonoran Desert. According to Rev. John Fife, the founder of the Sanctuary Movement, this strategy has led to the violation of human rights because those laws “never took into consideration the desperation of poverty.”

There are historical reasons for the events we are seeing unfold today, including the humanitarian crisis of Central American children desperately fleeing the violence in their countries. I also think that a lot of the fear toward immigrants and the perception that the undocumented pose a national threat stem from the lack of knowledge about the history that ties the United States to Latin America and the reasons behind the massive migrations to the north, which can be tied to U.S. interventions in Latin American countries.

It is understandable that as a nation the United States wants to protect its borders, but as a society we need to reexamine the mechanisms that have been put into place for that purpose. Can the U.S. Border Patrol use more humane methods? Can we make sure that the human rights of incarcerated migrants are respected? Can we scrutinize the legality of Operation Streamline and examine the interconnection between the criminal prosecution of immigrants and corporate profit? Can we stop criminalizing undocumented immigrants and start seeing them for who they are — mostly desperate fellow human beings who are willing to risk their lives for those they love? Can we, as a nation, be more compassionate in our treatment of them?

I don’t expect easy answers to any of these questions, but I think it’s important to ask them in order to move the conversation forward. Ignorance can lead to violence; knowledge can help us do what’s right.

Marisel Moreno is an associate professor of U.S. Latino/a literature in Notre Dame’s Department of Romance Languages and Literatures. The names of the migrants in this piece have been changed for their protection.

Desert/border images via Moreno’s gallery in the HuffPo.