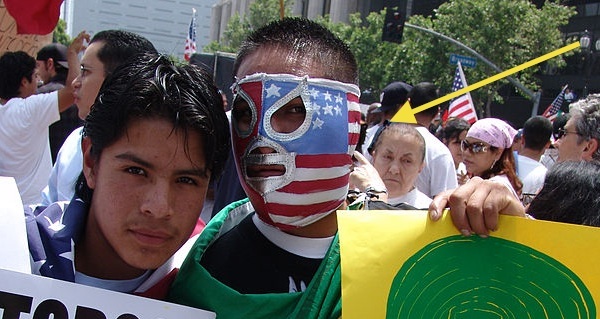 “I’m actually mestizo, not indígena like I had thought,” he said, noting that this epiphany hit him while he was drinking Spanish wine and eating tapas at this really cool café by his host mother’s house.

Reaction from other activists was muted. Veronica Lujan, Ramírez’s defeated opponent in the race for president of the Latin American Film Club, told hermanas after class she always knew that he was a poser.

“I mean, he was born right here in San Jose, it’s not like he’s actually ever been to Mexico, let alone to whatever village he says his family is from,” she said. “He’s down, but not that down.”

Ramírez told the class he was looking forward to exploring his mestizo roots, even if it meant parting ways with a part of his indígena identity, although he said he would be keeping the huaraches he bought at that second-hand store on Haight Street.