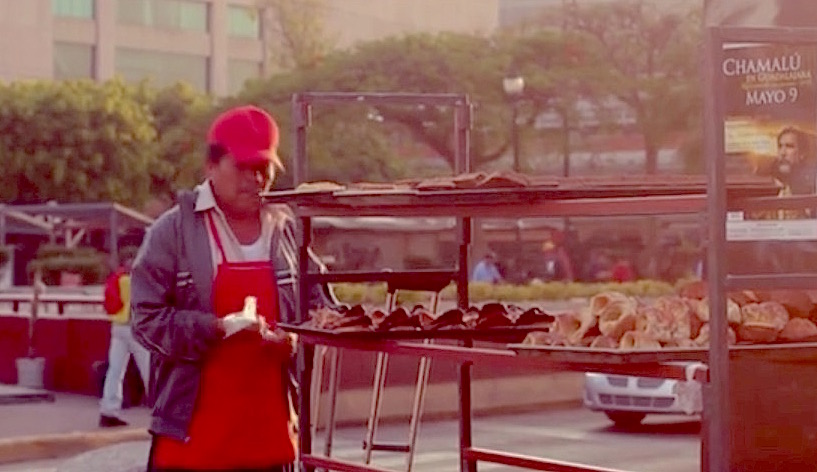 As the sun comes rises over Guadalajara ♬ ♫ Guadalajara, the city wakes up, cleans up, and gets to work. 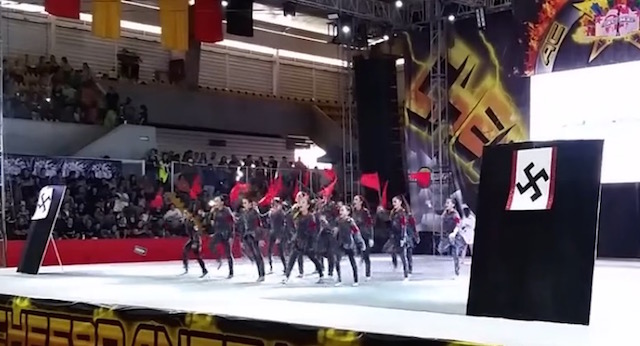 What exactly is going on here? Sure, the swastika is/was an ancient symbol of good luck that has been tarnished by the slaughter of untold millions, but wassup with the Nazi-rally-sounding soundtrack? And the flags? And the stormtrooper choreography? The uploader says this video is from May 31 in Guadalajara, Mexico. It doesn’t seem very indigenous folkloristic to us. It’s more like Springtime for Hitler in Mexico.

Taqueros in Guadalajara put together a two-mile long line of tacos (de puerco) in an attempt to set a Guinness World Record, according to UPI:

…The group in Guadalajara put together the uninterrupted line of tacos using 2,645 pounds of pork.

The 9,047.24-foot-long line of tacos was constructed from ingredients from the state of Yucatan and the tasty tortilla treats were distributed to hungry onlookers after organizers collected the data they needed to submit to Guinness.

The attempt took about 6 hours.

Organizers said they are waiting to hear back from the record keeping organization.

A group in Mexico previously broke the world record for the largest flour taco in 2003 when they assembled a 35.9-foot-long taco that weighed in at 1,654 pounds. 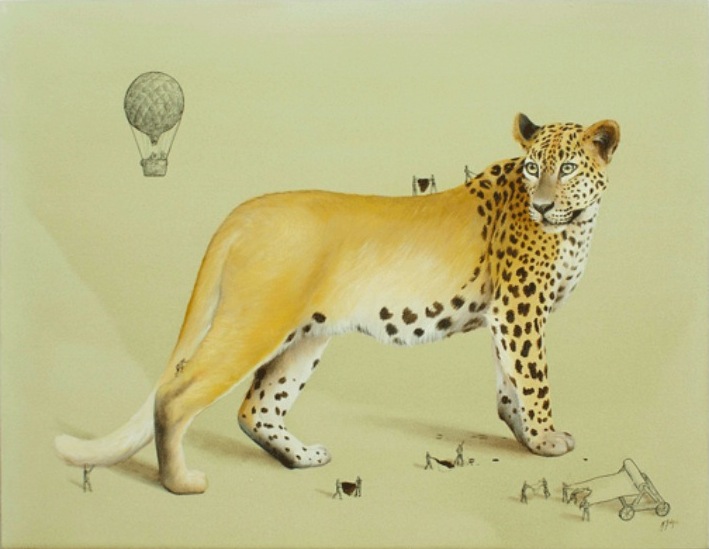 A trippy new series of prints from Guadalajara artist Ricardo Solis explains how the leopard got its spots, the zebra its stripes, and more.

Mas…How the leopard got its spots, the zebra its stripes (toons)

This Guadalajara mom was trapped in an abusive relationship — but then she broke free and released her inner vampire.

New Mexico pocho Louis Head sent in this 30-second travel video. Be careful out there, pochos — cross in the crosswalks and espere la luz!