The Mexican pop tune Cucurrucucú Paloma has been on and off the charts since the mid 1950s, usually as a vocal number. This new music video, from guitarist Luis Caballero and friends, re-imagines the love story as a sweet instrumental. 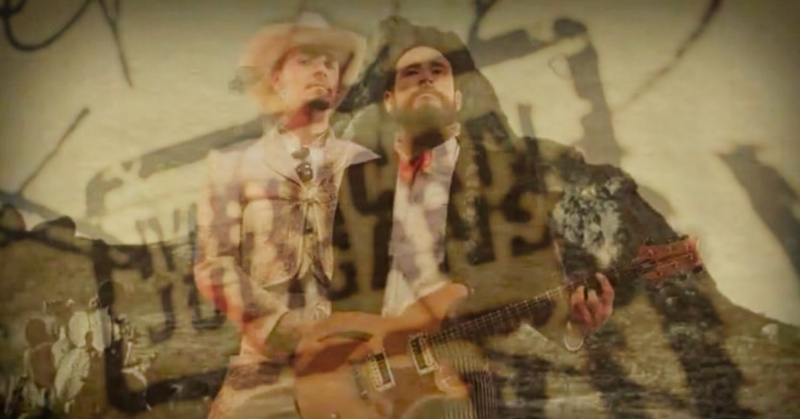 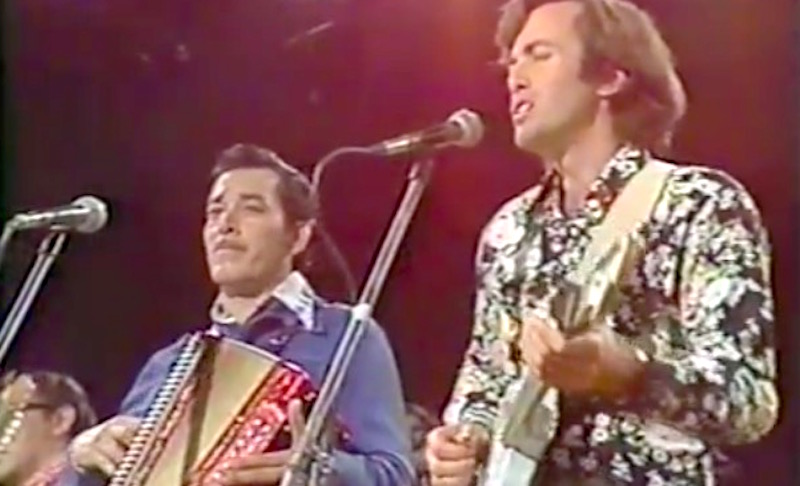 “Put your sweet lips a little closer to the phone,” Ry Cooder sings. “Let’s pretend that we’re together all alone. I’ll tell the man to turn the juke box way down low. And you can tell your friend there with you HE’LL HAVE TO GO.” And then Flaco Jimenez plays.

Mas…Flaco Jimenez and Ry Cooder: ‘He’ll Have to Go’ (video)

“You shoulda told me you was married, baby,” she said. Those were the last words he ever heard. Flaco Jimenez and Ry Cooder explain: That’s the way the girls are in Texas! If not, we’ve got lyrics:

Mas…Flaco Jimenez, Ry Cooder: That’s the way the girls are from Texas!

Twangy Chilangos The Mexican Juligans name-check places all over the country in a rock en español video inspired by classic cowboy movies. And they especially love Parral, Chihuahua.

Mystery of the ages! You won’t believe what this actress and flamenco guitarist said! The one weird phrase that turned a Spanish ingenue into a superstar! I never expected I’d react like this when watching a video from Oprah! When this blonde chica began playing, the audience gasped!

Charo fans: You know you’ve been waiting for this. Was it worth the wait?

There’s not much to this video. Ciro Hurtado plays his original composition La Negrita Tomasa on acoustic guitar as Julio Ledezma keeps the beat on the cajon. Radiant dancer April Espejo celebrates in bare feet on an empty wooden stage. No effects. No vocals. Perfectly sweet and wonderful.

Mustaches are everywhere, and sometimes it’s hard to tell if that guy’s mustache over there at the bar or the bigotes on those women at the table in the back are for real or merely ironic affectations. This handy how-to guide will help you distinguish the posers from the sincerely hairy.

POCHO’s crew of slackers, surfers, skaters and all-around SoCal party peeps missed this video when it came out in March, but when we started going through the tunes on the excellent new FREE Nacional Records Sampler, this track perked up our ears and made us look for a video. From Argentina with love, meet Señor Flavio, pochas y pochos, with Dulce Babalu.

Everything is chill when the street musician starts playing his accordian in the park — until the suave guitarist shows up. Who will win this battle of the park work stars? The musical gunfight is a toss-up, until a mysterious third man appears.

Omar Torrez sure can play! That’s why he toured with Tom Waits and played with others like the Buena Vista Social Club and Jethro Tull. The Los Angeles Times wrote: “Dare we dub him the Latin Hendrix?! The fastest fingers in the West, a massive talent poised to break out and kiss the sky.”

Omar Torrez describes his music as “equal parts rock, Latin, delta blues, atonal classical, and performance art.” His heritage is as diverse as his music, ranging from Spanish and Basque (via Mexico) to Norwegian, Native American and Russian roots.

We especially like his new release — a happy-go-lucky smile of a tune called Marina (play this loud!) which will have you chair-dancing in no time at all. Srsly.