Mas…La Cucaracha: Tlaloc, Tlaloc – Why have you forsaken us?

Mas…La Cucaracha: What do they call ‘climate change’ in France?

Mas…La Cucaracha: Weather or not …

Hot under the collar in Mexico City? Tizne Tacomotora has ice cream tacos!

The KNCT-TV Channel 2 CBS morning news team in Denver tries out a Paqui tortilla chip — made with the Carolina Ghost chile, supposedly the hottest pepper evah — and you won’t believe what happens next.

In Mor Mexican! Mexico City-born actor Ricardo “Pekas” Aranda eats a McXican Burger for the casting director. But is he acting Hispanic enough? Maybe makeup and wardrobe can help. 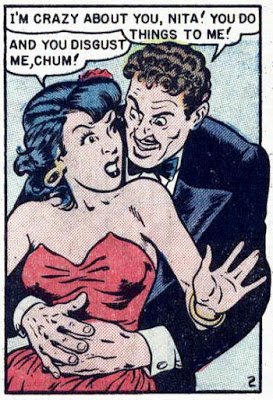 Time and again I have tipped my sombrero to the remarkable treasures to be found at Pappy’s Golden Age Comics Blogzine, but now he has outdone himself with a post that gibes/gels/fuses with my #textmex and #mextasy researches/art/presentations and more.

One of his latest entries is a comic book from 1951 that fictionalizes the life and times of Lupe Velez — the “Mexican Spitfire” at the heart of my research in Myra Mendible’s From Bananas to Buttocks and in my own Tex[t]-Mex: Seductive Hallucinations of the “Mexican” in America {(Quality Comics’ Love Secrets #41 (1941), reprinted from Love Confessions #9 (1951)}

True story! In a cantina in the deserts of MexiArabia, the customers ate so many Cheetos Flames that their lips turned red. To cover up, they grew mustaches, and the donkeys too.

For those keeping track, a donkey in Arabic is “alhimar” الحمار . [Gracias to POCHO amigo BAF in Q8 for the translation help.]

Is this is the spiciest expectant parents announcement video ever?

Want to live longer? It’s easy, according to the BBC. Eat more chiles! Specifically, the BBC recommends “chillies,” and we’ll do them a favour and labour under their rules whilst minding the gap:

For thousands of years, humans have taken a masochistic pleasure from adding chilli to their food. Now research indicates that the spice that has undoubtedly made our lives more interesting may also make them longer.

There is only one mammal that enthusiastically eats chillies. 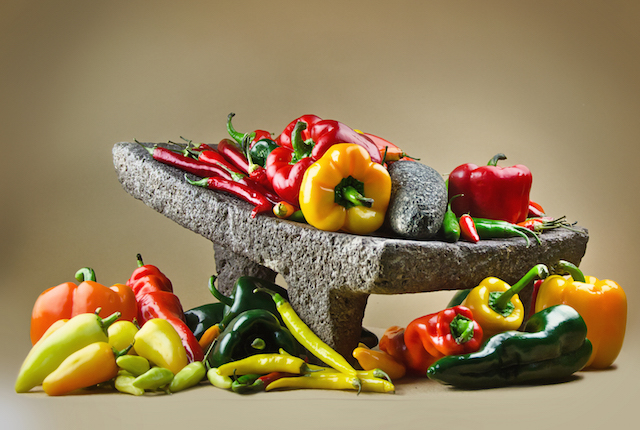 Eating spicy food is associated with a reduced risk for death, an analysis of dietary data on more than 485,000 people found.

Study participants were enrolled between 2004 and 2008 in a large Chinese health study, and researchers followed them for an average of more than seven years, recording 20,224 deaths. The study is in BMJ.

After controlling for family medical history, age, education, diabetes, smoking and many other variables, the researchers found that compared with eating hot food, mainly chili peppers, less than once a week, having it once or twice a week resulted in a 10 percent reduced overall risk for death. Consuming spicy food six to seven times a week reduced the risk by 14 percent. 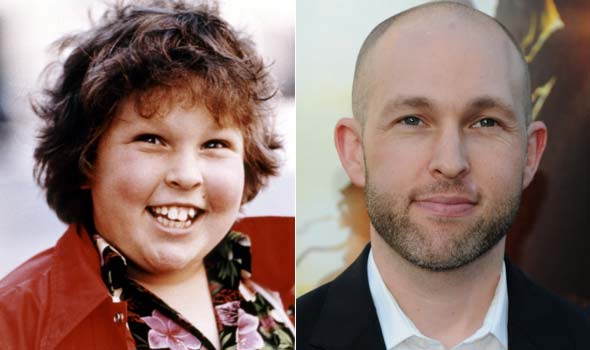 POCHO amigo Jeff B. Cohen, a child actor (Chunk in The Goonies) who grew up to be a Beverly Hills entertainment lawyer, learned the hard way that rolling a burrito on a hot grill is no piece of cake. [NSFW F-bombs.]

Man, it is hot out here today. Sun of a Beach!

Wow. There is this seasoning, Cappy, and you too, Kirsten and Brooke – there is this TAJIN seasoning for your fruit AND veggies! Spicy! Salty! Lime! Totes, like, amazeballs! It adds a ZING! to everything! I wonder where they get these ideas?

Mas…Hello, gringos! Eat like a Mexican (but we won’t say that) 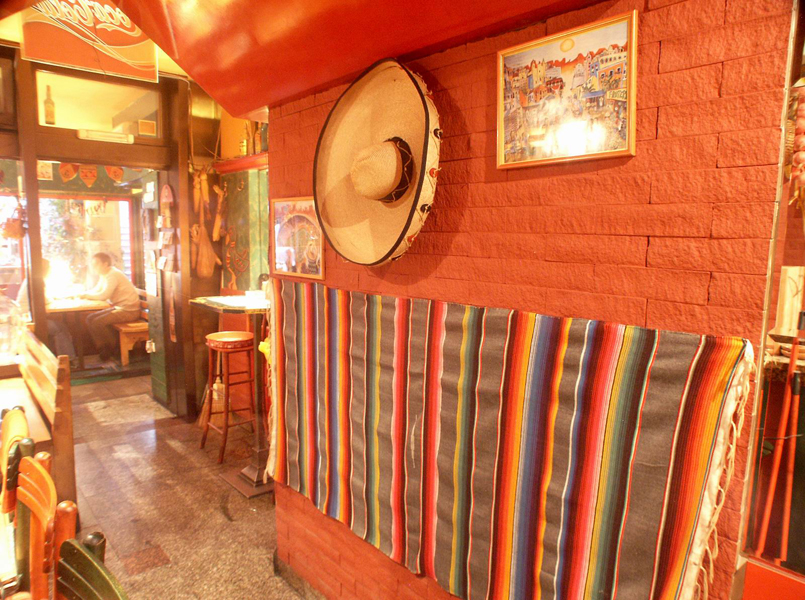 Pictures speak a thousand (very orange) palabras, and when it comes to words, we can’t do any better than the self-penned description of Burrito, a Mexican restaurant in Belgrade, Serbia, in the former Yugoslavia, right by the Nikolai Tesla Museum (see map below):

Mas…Visiting Belgrade, Serbia? Mexico is so close! In Burrito! (photos) 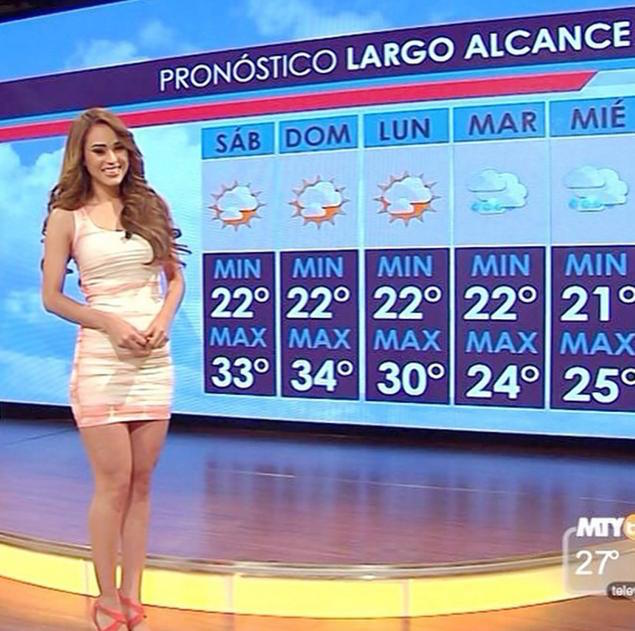 Televisa Monterrey Meteorologist Yanet Garcia has become an online sensation. Her June 20 weather forecast is all over the Internets — over half a million views on YouTube.

The video, with the catchy title of Yanet Garcia y El Pronostico Del Tiempo 20-Jun-2015 Full HD, has even attracted the attention of high brow publications like the NY Daily News:

Teresa de Jesus Sandoval was named the champion at the Father’s Day habanero chile eating contest at Chichenitza in Downtown L.A. after scarfing down 53 of the the scorching peppers in 20 minutes.

Can intrepid POCHO Associate Naranjero Gustavo ¡Ask A Mexican! Arellano and OC Weekly colleague Nick Schou make it through the Nuke Burger, said to be the hottest/spiciest hamburger in Orange County?

How spicy is it? The OC Weekly’s Charles Lam reports:

The Nuke Burger [at Bombburger in Huntington Beach] is quite possibly the spiciest burger in Orange County at the moment, featuring a who’s who’s list of hottest peppers in the world (Scorpion and Reaper for you pepper heads, as well as Ghost Pepper Jack Cheese).