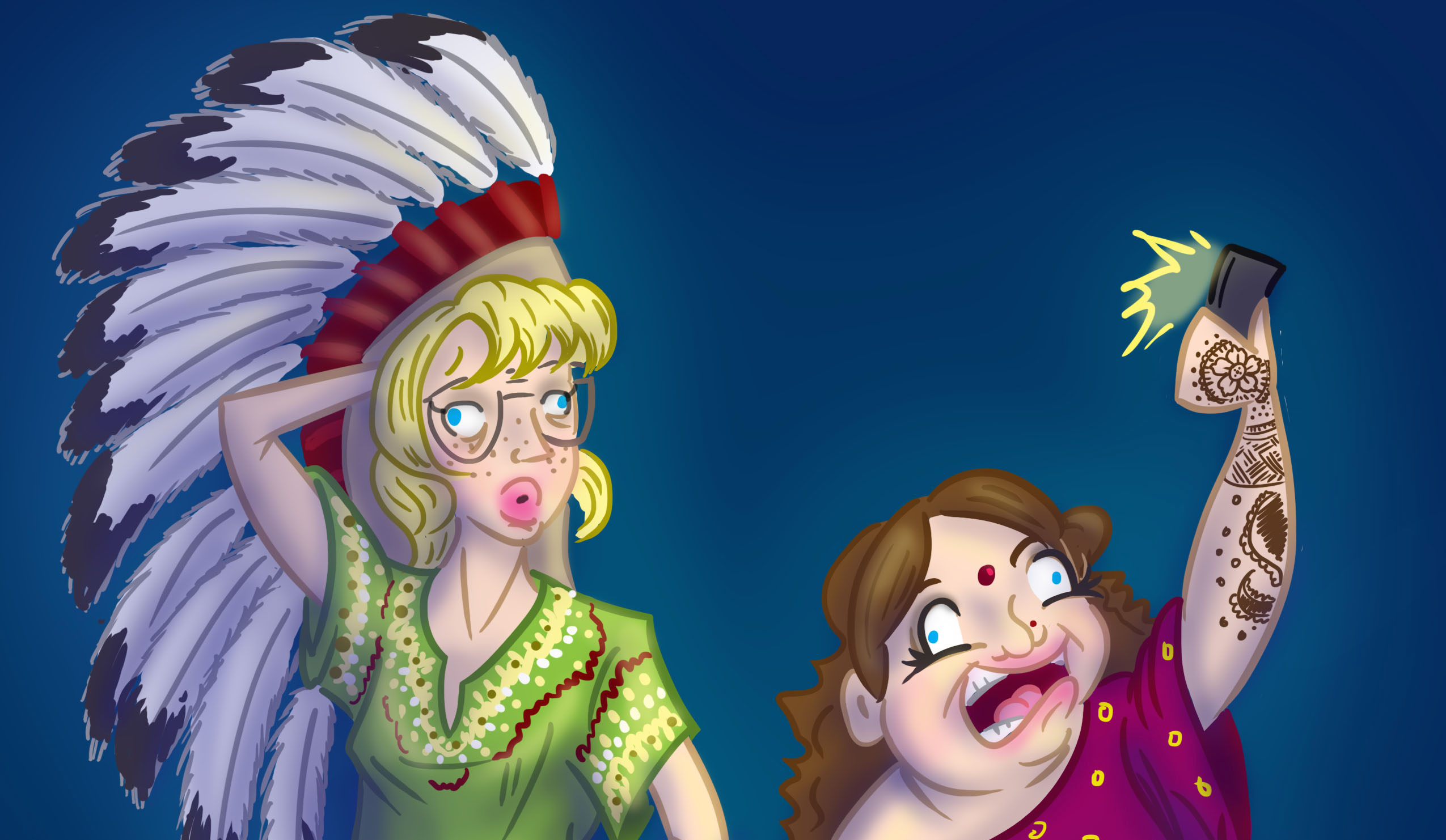 I made this cartoon, in collaboration with Native actress MorningStar Angeline, for the petition drive @ Change.org. Here’s the petition text and the complete toon [click on the image to enlarge]:

Mas…Hey, Coachella: My heritage is not your ‘costume’ (toon)

(SACRAMENTO) Republican Assemblyman Tim Donnelly announced today that his effort to repeal the California Dream Act, which allows undocumented students to apply for in-state tuition and scholarships in the state’s universities, has failed to collect enough signatures from racist assholes to get on the ballot.