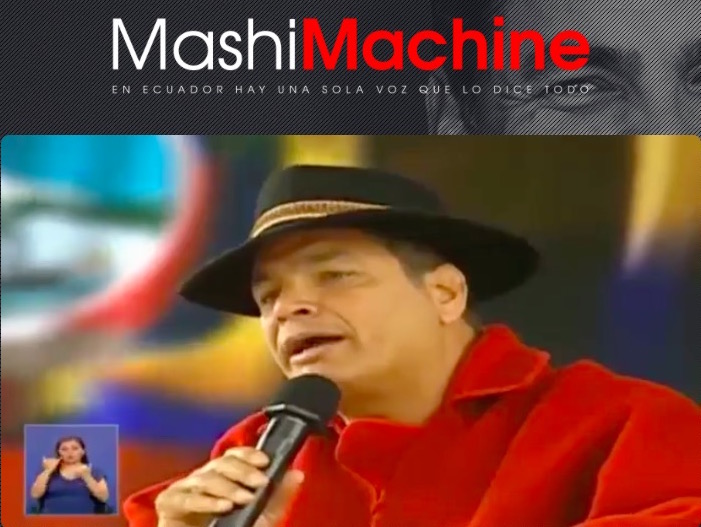 Check out this web app where you can make a video with the words you put in the mouth of Rafael Correa, the anti-free speech President of Ecuador.

And here he thought he was the only person allowed to say anything without fear of repression. Not on our Internet, amigo.

I’d love to see a Trump version of MashiMachine!

If you need to get the webbed skin between your thumb and index finger nailed to a wood plank in the backyard, make sure you do it like YouTube user buffoon114; call a professional with the proper tools, safety gear and mad carpentry skillz. (NSFW audio.)