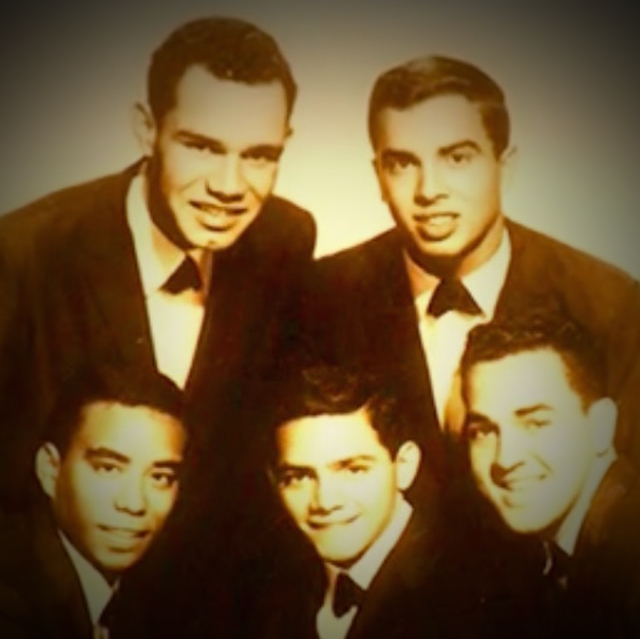 Babalu? Who was Babalu? Isn’t that a song? And the monkey took the money and ran away? Que what?

Charlie Girona who wrote and sang Babalu’s Wedding Day, the 1959 cult classic by Bronx doo-wop group The Eternals, told the story to the Doo-Wop Society of Southern California:

“I went home one day and started watching a TV program,” says Charlie Girona. “In those days there was a Cuban television program tha aired daily in New York City. This particular show featured Miguelito Valdes singing a song ‘Babalu,’ as part of a story about a wedding. I just started putting this together with [group member] Fred Hodge’s upcoming wedding. I also wanted to do a novelty song, so I started creating characters like big Babalina and wimpy Babalu.”

The original Eternals were:

Where’s everybody running
Look at everybody go, go-go-go
Somebody please tell me, what’s all the rush
But tell you Babalu’s getting married, what you say?
Babalu’s getting married, that cheap skate
Hear the church bells ringing-ding dong
All the people are signing’s – hay, hay
And the bride is waiting, wait wait
Hear them all celebrating, so gay
But he ain’t the money, oh oh
Babalu’s wedding day

He met his woman at a baseball game
Playing second base for the Milwaukee Braves
Husky Babalina was her name
Asked her for an autograph and made a date
Babalu, Babalu, Babalu’s wedding day

He had a friend who lived at the corner
He thought Babalu was a gone-er
From his friend he tried to borrow a dime
So he could get to church in time
Babalu, Babalu, Babalu’s wedding day

He had a monkey tied on a string
An organ grinder that he played
Counting the money at the end of the day
The monkey took the money and he ran away
Babalu, Babalu, Babalu’s wedding day

Read more at the Doo-Wop Society…