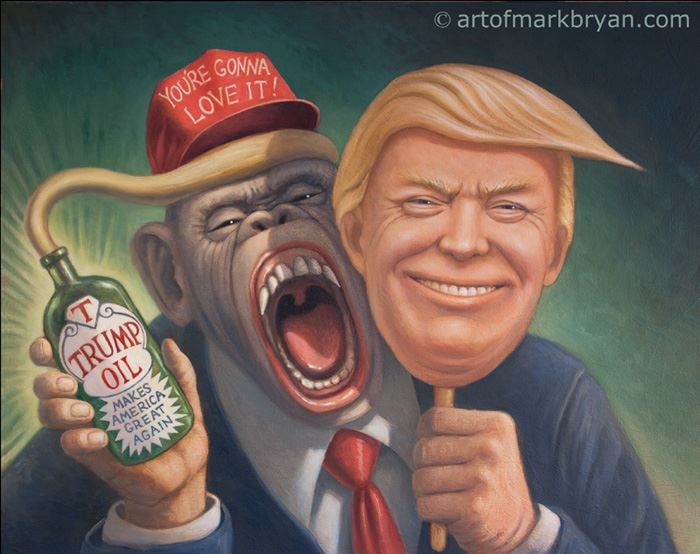 In a nutshell, a hustler represents an individual who will say and do anything — without remorse or guilt — to serve his or her self-interest. While critics have labeled Trump many applicable terms, such as liar, erratic, narcissistic and thin-skinned, etc., I find that “hustler” best describes his twisted rhetoric and immoral actions.

When they speak or act, hustlers can’t be believed or trusted. I should know, since I grew up in the mean streets of East Los Angeles, where I encountered many of them. Also, as a long time political activist and analyst, I’ve observed and studied hustlers at the local, state and national level. This includes politicians (Republicans and Democrats alike), government officials, private developers, cops and other powerful individuals who hustle the American public to serve themselves.

Apart from Trump, Congressman D. Ryan (R-Wis.) is an excellent example of a hustler. While Ryan portrays himself as a “sensible” policy wonk who “cares” about the American people, his sinister obsession to repeal and replace the Affordable Care Act (ACA) or Obamacare represents an atrocious and inhumane political agenda. For example, as House Speaker, Ryan led the GOP’s successful efforts to rush a so-called health plan that will wreak havoc on millions of Americans.

If this is such a “great plan,” as Trump claims, why not allow for the CBO to conduct a thorough analysis and provide a score?

Speaking of the orange elephant in the room, as “The Hustler 2.0,” Trump has argued that pre-existing conditions will be covered in the GOP’s efforts to repeal and replace Obamacare. However, according to many analysts and reporters, like Michael Hiltzik of the Los Angeles Times (05/04/17), AHCA “allows states to opt out of ACA rules prohibiting insurers from charging sick people higher premiums.”

This is like the GOP passing a law that allows states to opt out of federal minimum wage standards, child labor protections and anti-racist measures in public and private spheres (e.g., no “whites only” lunch counters in the South). That is, according to the GOP, the federal government shouldn’t interfere if states want to deprive their residents from basic services and protections that all people deserve as rights, not privileges.

Also, let’s not forget about the border wall. First, Trump told us that Mexico was going to pay for it. Now, as the leader of the most powerful country in the world, he wants American taxpayers to pay for it, where Mexico will magically reimburse us in the future.

In terms of NAFTA (or the North American North American Free Trade Agreement), originally, Trump called it “the worst trade deal in the history of this country” (speech in Pennsylvania, 06/28/17) and vowed to reverse it. Now, after phone calls with the leaders of Mexico and Canada, Trump will negotiate NAFTA with his trading partners. If that’s not a huuuge hustle, I don’t know what is?

I can go on and on about China, Russia, NATO and North Korea, but what’s the point?

Trying to keep up with “The Hustler 2.0” will only make “your head spin,” as Trump says when he’s boasting about something that he’s clearly clueless about!

Actually, apart from “The Hustler 2.0,” there’s a term that Mexicans–on both sides of the border–use for shameless individuals (or those who lack shame) that applies to Trump: sinvergüenza.

Sinvergüenza also applies to Ryan and the Republicans who publicly rejoiced about taking away healthcare from millions of Americans, if successful in the Senate.

* This essay was written before Trump fired Comey