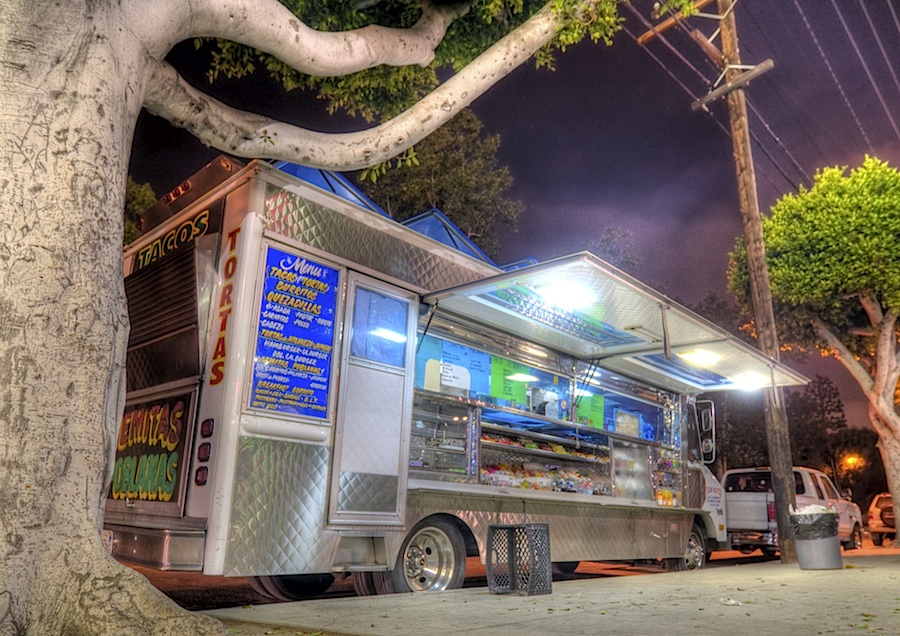 Hola. Is Tia Lencha here. Today I going to help you make my new faborite taco. The other day I saw my mijo making sonething in the kishen. I so proud. He like to cook like his mama.

I see that he was using corn tortillas, crumble Oaxaca cheese, scramble eggs, salsa chipotle, and potato ships. I was confuse.

“Mijo, are ju putting ships in the tacos?”

“I ate one like this at the hipster taco trock” he say, looking like a little mouse that ate all of the cheese in the mouse trap and then runned away.

I try not to sound mad.

“How mush they charge you for a taco at the trock?

“Four dollars!” It was like someone put a chili pepper in a part of Tia Lencha that was not her mouth. “Why you pay four dollars?! For a TACO?!?!”

I have visions of a skinny gringo with those dreadlokes or whatever they call thems in his hair, taking my mijo’s dinero while he was stealing his cultura. I try to calm down.

“Where was the trock park?” I ask.

“Don’t tell me,” I interrupt him. “In the corner where all the kids in the tight pants and shoes with no socks go to drink the beers. You know they put the trock there so that people don have to go to a real Mexican barrio to get the food.”

“There are no real Mexicans there. Is like when Mexico was colonize by the Europes, then by Taco Hell, and now the taco is being colonize again by the those pendejos, what you call them? Hipsters!”

“Chill!” he say. “Is like when you help me with my school report on the Aztecs.”

“Oh,” I say. “When I tell your teasher his text book was imperialist propaganda?”

I almost too angry to try, but mijo made it for me.

“I charge you five dollars,” he say.

He make me smile. I take the taco and bite it. Is OK.

“Isn’t it the best taco you ever had?” mijo say.

I swallow the first bite. I try to smile to mijo.

“Is way better than your tacos, right?” he say.

I almost spit out what is left of the taco in my mouth. I feel like my whole worl is upside down. All of the plastic fruit in my kishen seem to be hang from the floor instead of the ceiling. What kind of life is this when my mijo likes a hipster taco more than his mama’s? I try to make words to say, but then mijo starts laughing. His laughing gets more and more wild and loud until he starts to cackle like a brujo.