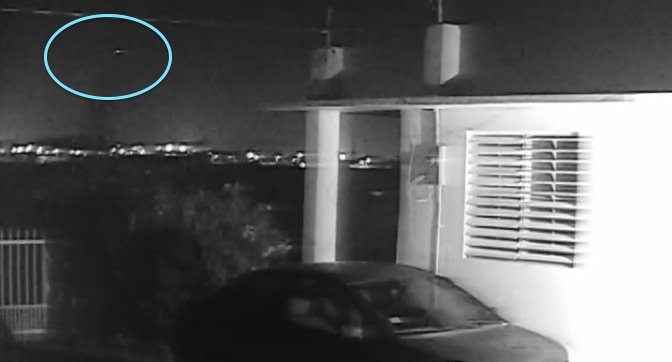 On May 5, 2014, approx. 19:39 pm, I was walking my dog ​​in the garden when I noticed a distance of a bright object in the sky just above the town of Fajardo, Puerto Rico. The object appeared from nowhere rose about 200 meters and remained at that point for about 5 seconds and then shot down at 60 degree angle. The object disappeared when entering a dark area. I also noticed in the sky was a dark cloud with lights going on and turning off near where the object disappeared.