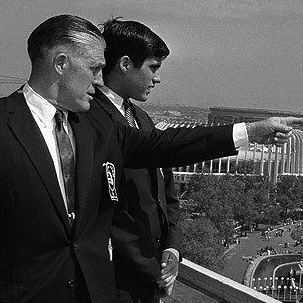 The nice Jewish boy from Brooklyn was confused after his college experience at the University of Arizona. He had been strangely at home in the desert Southwest, but was still a gefilte fish out of water. What to do with his life?

“I was born to American parents in Mexico,” Romney told reporters as he toured the crumbling, deeply-indebted Spanish Pavilion. “In some ways, it would be helpful to be Latino.” Son Mitt nodded his head in agreement.

“In some ways, it would be helpful to be Latino.”

George Romney’s words reverberated in Gerry’s mind like a loud shofar (traditional ram’s horn) in an empty synagogue. Gerry had an epiphany.

Gerry Riviera was dead. And Geraldo Rivera was born. 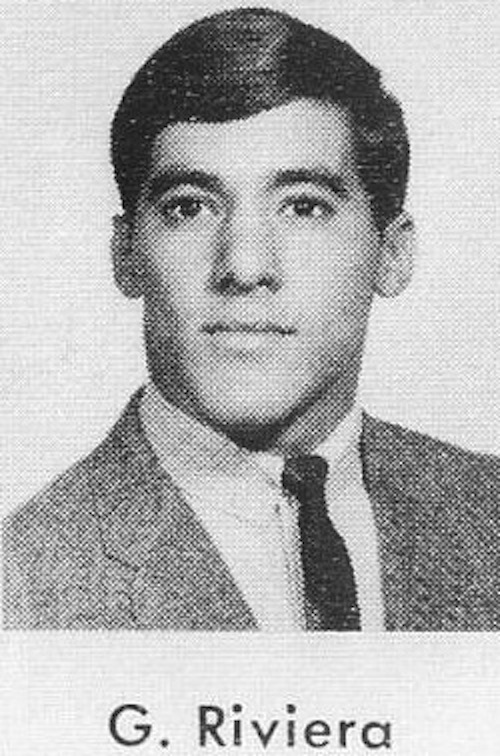 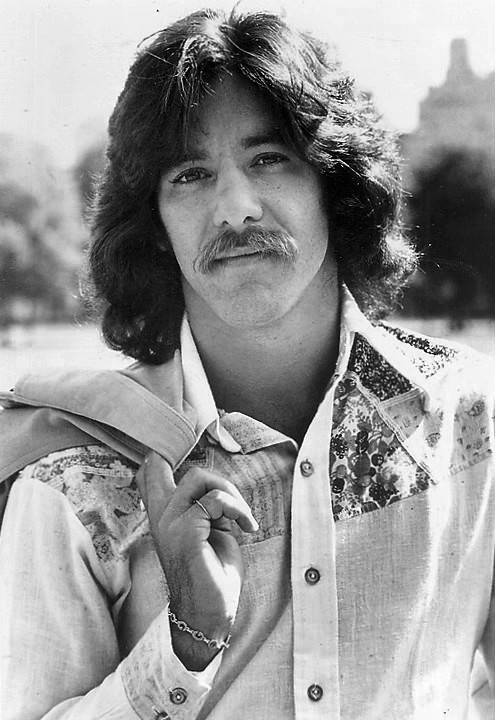